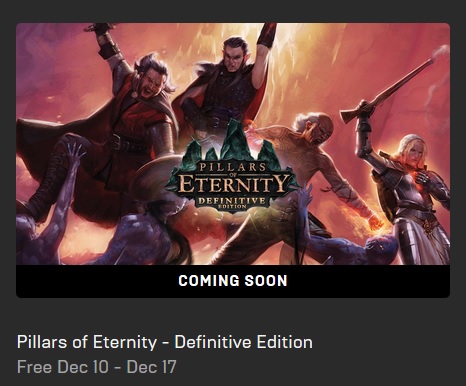 Obsidian entertainment are hardly neophytes in the gaming industry. The studio has worked on a number of licensed RPG (role-playing game) properties since opening its doors in 2003, including Star Wars: Knights of the Old Republic II and Neverwinter Nights 2, both sequels of BioWare games; Fallout: New Vegas, a spin-off of the Bethesda properties released between Fallout 3 and Fallout 4; and South Park: The Stick of Truth, an irreverent turn-based RPG title published by Ubisoft.

In 2015, however, the studio was looking at developing its own original IP (intellectual property) and turned to Kickstarter to fund it. The resulting game – Pillars of Eternity – was a smash hit, earning a Metacritic score of 89 and spawning expansions and sequels of its own. The real-time turn based RPG, with its overhead isometric view and gameplay that allows you to pause the action while you issue individual orders to your party, is something of a love letter to old-school PC RPG players.

If you’ve played any of the Neverwinter Nights games, Baldur’s Gate, or the first entry in BioWare’s Dragon Age series, Dragon Age: Origins, you should have a basic idea of how the gameplay works. Attacks are turn based, but take place in real time, with your party’s characters continuing to attack whatever enemy you have clicked on as their turn approaches unless you change their focus or their attack. The best way to do this is to pause the gameplay, which you can do by hitting your space bar, and issuing individual orders to each member of your party.

Be careful, though, you can target your own party members too, and they can receive a nasty blow that was intended for the enemy.

For those used to a modern, first-person view option in their games the gameplay might take some getting used to, even if you’ve played other party-based RPGs. Those who stick with it, though, or older gamers who have no problem with the view and controls, will be rewarded with a compelling story and a world rich in lore. Like any good RPG your stats can change the options available to you as you explore and talk to others, so think hard about how things like perception and innate knowledge of the game’s lore – and the advantages granted to different fantasy races – could benefit you as you create your character and craft their background.

Or, you can rush through character creation, see what happens, and try again with a different character, class, and race with different stats to see how things play out differently on a second playthrough. That’s the beauty of a good RPG after all.

Pillars of Eternity is free to claim and download from the Epic Games store, http://www.epicgames.com/store/en-US/, beginning this Thursday. The game is rated M for Mature 17+ by the ESRB.