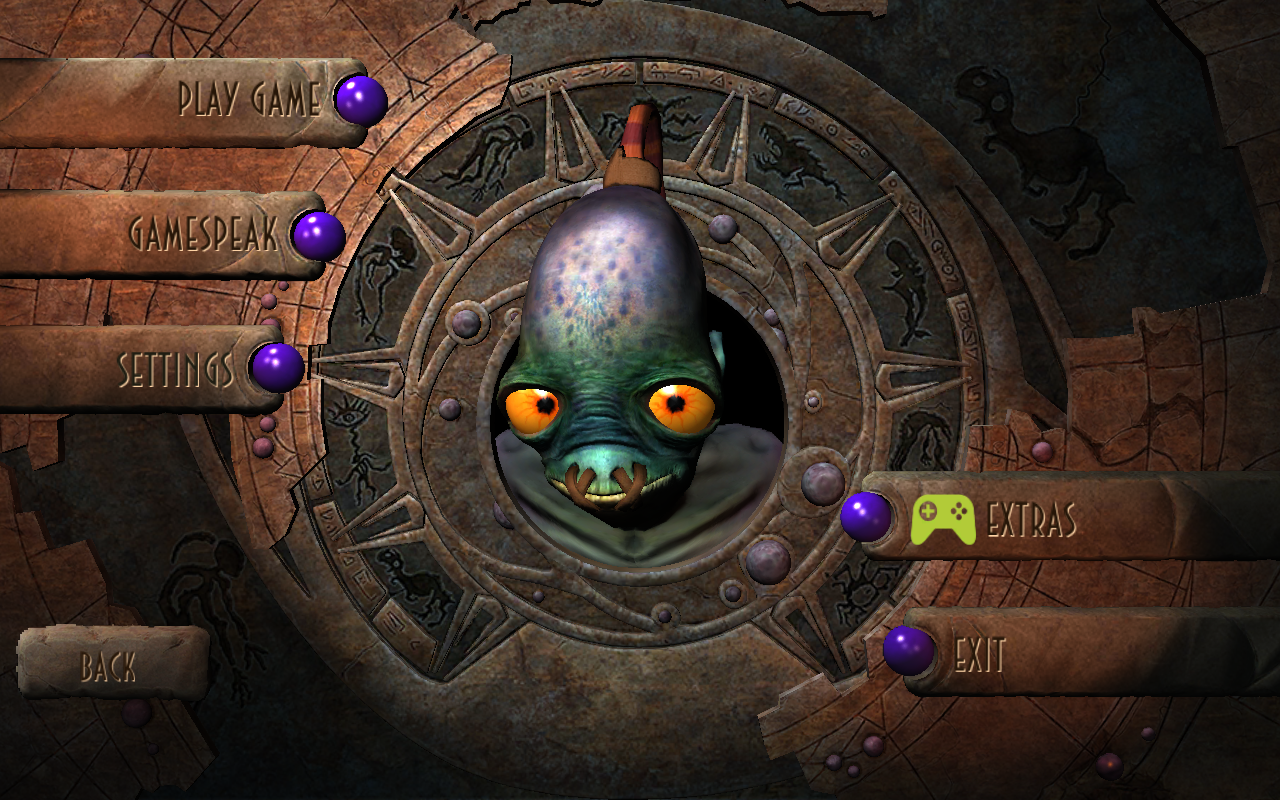 Oddworld: New ‘n’ Tasty! isn’t particularly new. It’s a seven-year-old (2014) remake of a 24-year-old (1997) game, Oddworld: Abe’s Oddysee. Abe’s Oddysee was a classic on the original PlayStation and has been made available, in that original PS1 Classic package, on PlayStation 3, PSP, PS Vita and other platforms. I’ve played it – the original version, at least – on most of them.

Until picking up New ‘n’ Tasty! for Android recently, though, I hadn’t played the game in this remastered, higher resolution version. I have to say, it’s absolutely gorgeous.

I remember being a kid and, with each new console generation, thinking to myself, “graphics can’t possibly get any better than this!”

Of course, though, they did.

Now I know better than to say it can’t get any better. It can. It always can. And it always will.

Though fancy graphics aren’t necessary to make a game good – just look at the plethora of retro-inspired indie games to make a splash in recent years – it can sometimes be hard to revisit older games for various reasons, including graphics. (Tomb Raider. Yikes!)

I didn’t need a fancy reskin to make Abe’s Oddysee replayable, but it certainly doesn’t hurt!

There are other changes to the game too, though none of them do anything to fundamentally change the gameplay experience. There are more Mudokons to rescue than in the original, but there are still two basic endings; the “good” ending or the “bad” ending, depending on how many of your people you are able to rescue.

One thing I do like, though it has taken some getting used to, are the on-screen controls for Android. It’s still probably easier for most of us to navigate with a controller. But the way the controls were established for touchscreens isn’t the same as the pop-up controller schematic many Android ports of older console games have. Instead there is a totally new, gesture based control scheme and a very unobtrusive set of additional controls on the right edge of the screen. This new control scheme makes conversation options, in particular, much easier and more intuitive than they were with the original PS1 controller scheme. Or at least that’s my take on it. Others may still prefer a physical controller. The beautiful thing about the Android version is that you can pair a Bluetooth controller or plug in a physical controller on your tablet and use a traditional control scheme if you want too.

I also really appreciate the Android’s easy to use “quick save” and “quick load” options. It makes getting as many Mudokons to safety a much easier proposition as you try to sneak your way around various Slig enemies.

So why was I so “late to the game” on this one, and why am I just checking it out now? I’ve been using various reward programs recently to get points or account balances that I’ve been using for games. This includes credit towards Android games and apps in the Google Play Store and towards Windows gaming services like Xbox Game Pass. I had several dollars worth of Google credit saved up recently and decided to go on a little classic game shopping spree. New ‘n’ Tasty! was one of the games that I got during that spree. So, I’m finally around to checking it out, and I’m glad I did.

It’s been interesting going back and rediscovering the planning and stealth that made this original entry in the Oddworld series so much fun. If you haven’t played them before, this is a great entry to the series, and a good time to play it – with Oddworld: Soulstorm, the remastered treatment of Oddworld: Abe’s Exodus, set to finally release this spring after several delays.

Oddworld: New ‘n’ Tasty! is rated T for Teen for violence, crude humor, and use of tobacco. It’s available on most consoles, devices, and computer operating systems.