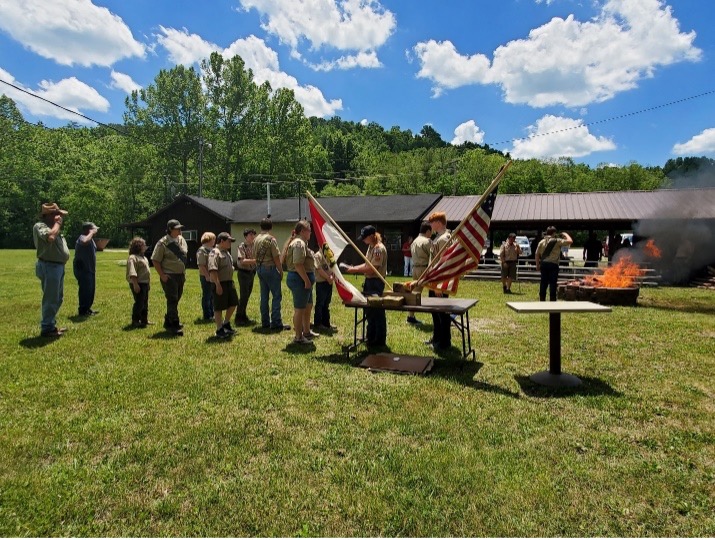 Assistant Scout Master with Troop 168, Jeremiah James – who achieved the rank of Eagle Scout in April – conducted the ceremony alongside Ethan Rayburn. Logan Middleton attended the fire as flags were handed off by James to individuals of the group for retirement. American Legion Post 138 Adjutant John Maxwell and 1st Vice Commander Jesse Oney also took part in the ceremony, saluting each flag as it was retired and retiring the last two flags themselves. Post 138 Commander Carl Steagall thanked the scouts for conducting the ceremony and taking care of the tattered flags that had been collected. The closing prayer was conducted by Aaron Bailey, with Troop 163.

Post 138 thanked the scouts with a pizza lunch prior to the ceremony. (Photo and reporting by Stevie Clay, for the Carter County Times)