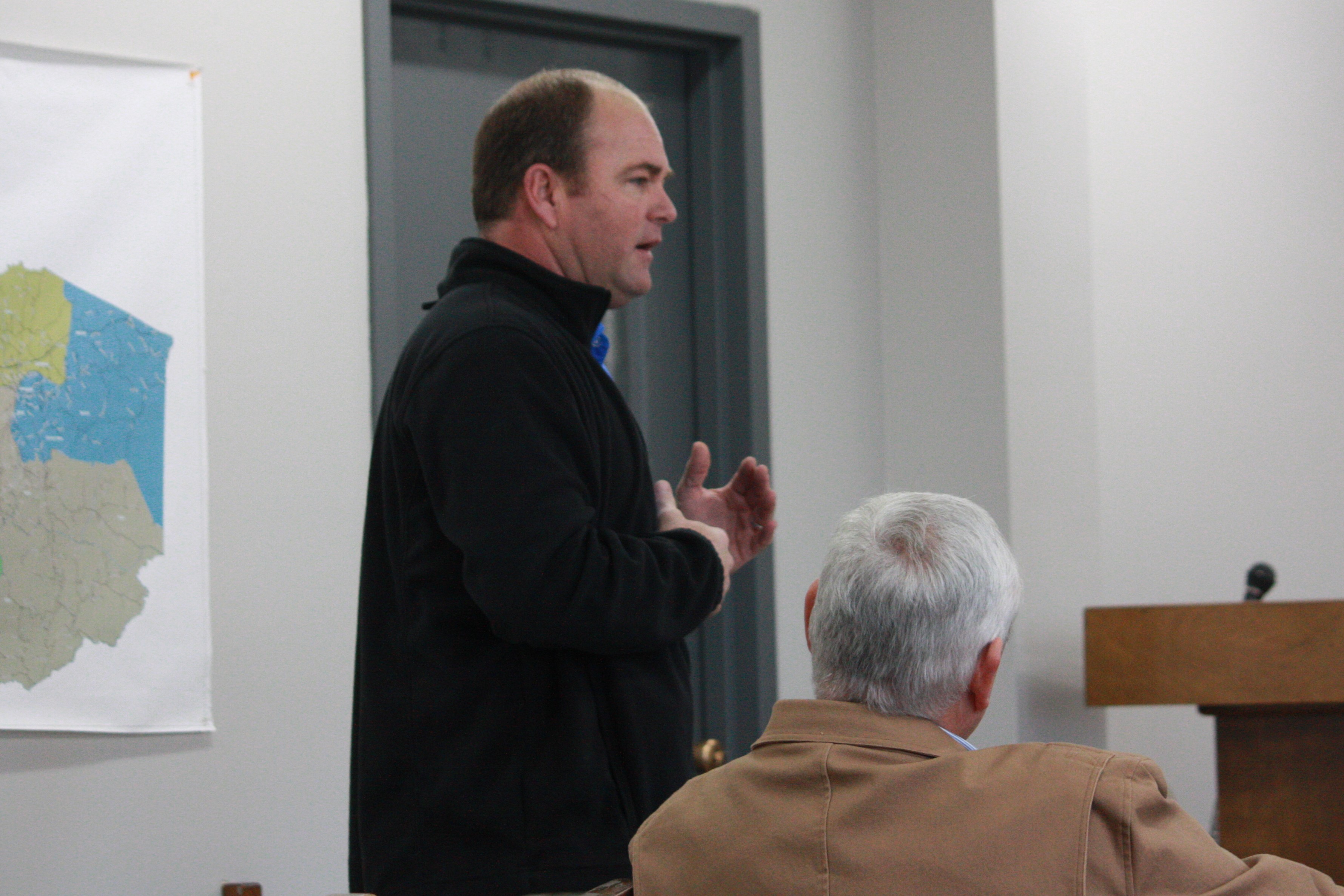 Carter County has a lot of brush to clean up after the damage to trees from recent ice storms. More than county road and sanitation crews could feasibly cleanup on their own – at least in any sort of timely manner. So what can a county without a lot of resources do in a situation like this? Well, when a disaster declaration leads to an opportunity for FEMA reimbursement, one thing they can do is look for outside contractors to help clean up the mess.

That’s what Carter County is hoping for after speaking with representatives from two different companies who each do different types of work in communities impacted by storms.

“This storm damage is far more significant than anything we’ve seen before,” Judge Executive Mike Malone told the court. Continuing, he explained the county is looking at “millions of dollars” in damage that county crews “won’t be able to handle alone and complete anything else.”

Some of the folks who could end up helping the county could be from Southern Disaster Recovery (SDR), a debris management company. Chris Johnson, a senior project manager with SDR, explained to the court that his company normally cleans up in the southern states after hurricanes and tropical storms, or in other communities after tornadoes. The same process for cleaning up after those disasters applies to winter storm damage though, he said. Companies make estimates of the amount of material, they gather that material in a central location, then they either burn or mulch that material. If it is burned – which Johnson said was the cheapest route – the burn site is listed as the final location. If it is mulched, he said, the locations of all that material has to be tracked.

This is how the companies get reimbursed. FEMA pays for up to 75 percent of the costs on these approved projects, in an area with a disaster declaration. State and local governments cover the remainder of the costs – in Carter County that’s expected to be around 12 percent, though some may be offset with other programs. But in order for FEMA to reimburse the company, all materials must be tracked from the location where they are picked up through to their final location.

That’s where DebrisTech comes in. John McNeese, a project manager with DebrisTech, told the court his company could handle that documentation to make sure the county was fully reimbursed by FEMA. They not only document all debris removal and upload that data in real time as it is occurring, they photograph every step of the process as well. They then compile all this information into a PDF document at the end of the project, which can be presented to FEMA.

McNeese said another benefit of their real time tracking was that magistrates could log in during the project and tell constituents exactly where work was occurring in or near their district at the time of their call. This, he said, could allow magistrates to give people in their communities a better idea of when clean-up crews might reach them.

Both McNeese and Johnson said one of the issues with making estimates was that – unlike in coastal areas where it was easier to get debris into big piles and determine the amount of material – because of the hilly terrain locations are spread out. There is also a great deal of material stuck in trees that hasn’t fallen to the ground yet. Johnson said it could be anywhere from 50,000 to 100,000 cubic yards of material. Even with outside crews coming in to work on the project, Johnson said he thought the county was looking at, “at least 90 days,” worth of cleanup.

For a County the size of Carter, he said, he would recommend two collection sites, one on each end of the county. He also recommended burning for disposal, in part because it ends the chain of documentation needed for FEMA and ends up being the cheaper process as a result.

The pair also discussed the type of materials they were legally allowed to take under FEMA guidelines and answered questions from the court about those issues. For example, Johnson explained they could take any debris that originated in the county right-of way, no matter where it fell, but they could only take debris from private property if it fell into the right-of-way. Even then they could only take that portion that fell onto the right-of-way. They could not take any portion still on private property.

McNeese added that the companies could go onto private property if damage was significant enough that a right-of-entry was granted. But, he said, he didn’t feel the damage here presented enough danger, in most cases, for a right-of-entry to be granted.

Malone was curious about how quickly after a declaration of emergency work could begin, noting that school buses are having a difficult time turning around in some areas because of the brush.

Johnson said his company could get started on any work within 48 hours of getting the go-ahead from the county. But, before the county could do that, they would have to accept bids from SDR, DebrisTech, and others.

Malone said the county would have to wait on a declaration of a disaster, because they couldn’t go forward without knowing that FEMA was going to reimburse the companies for their work, but said he wanted to move forward with preparations so they could make decisions as soon as a state of disaster was declared.

The court moved to begin the process of taking bids and starting the FEMA reimbursement process through a third company, ER Assist. ER Assist handles disaster funding options. They help set up the FEMA grants and handle the bidding from companies like DebrisTech and SDR, among other tasks, Malone’s office explained. They chose to go with ER Assist for this initial part of the project because the company is already an approved vendor working with the state.

In other action Malone told the court that Emergency Management Director Jeremy Rodgers has announced his intention to step down from the position, but has agreed to stay on until someone can be found to fill the role. Malone asked the court for permission to advertise for the new E.M. Director, which was approved.

Malone also discussed his ideas about large generators for use at high school sites, which he said wasn’t met with as much enthusiasm as he would have liked during a phone call with the governor and other local and regional leaders last week. Malone said he’d like to have two large emergency generators, one for use at a high school or middle school on each end of the county, to provide power during an emergency. Malone said schools are ideal spots for such relief because they already have bathroom facilities to serve a large number of individuals and cafeteria facilities that could be used to cook for large numbers of people.