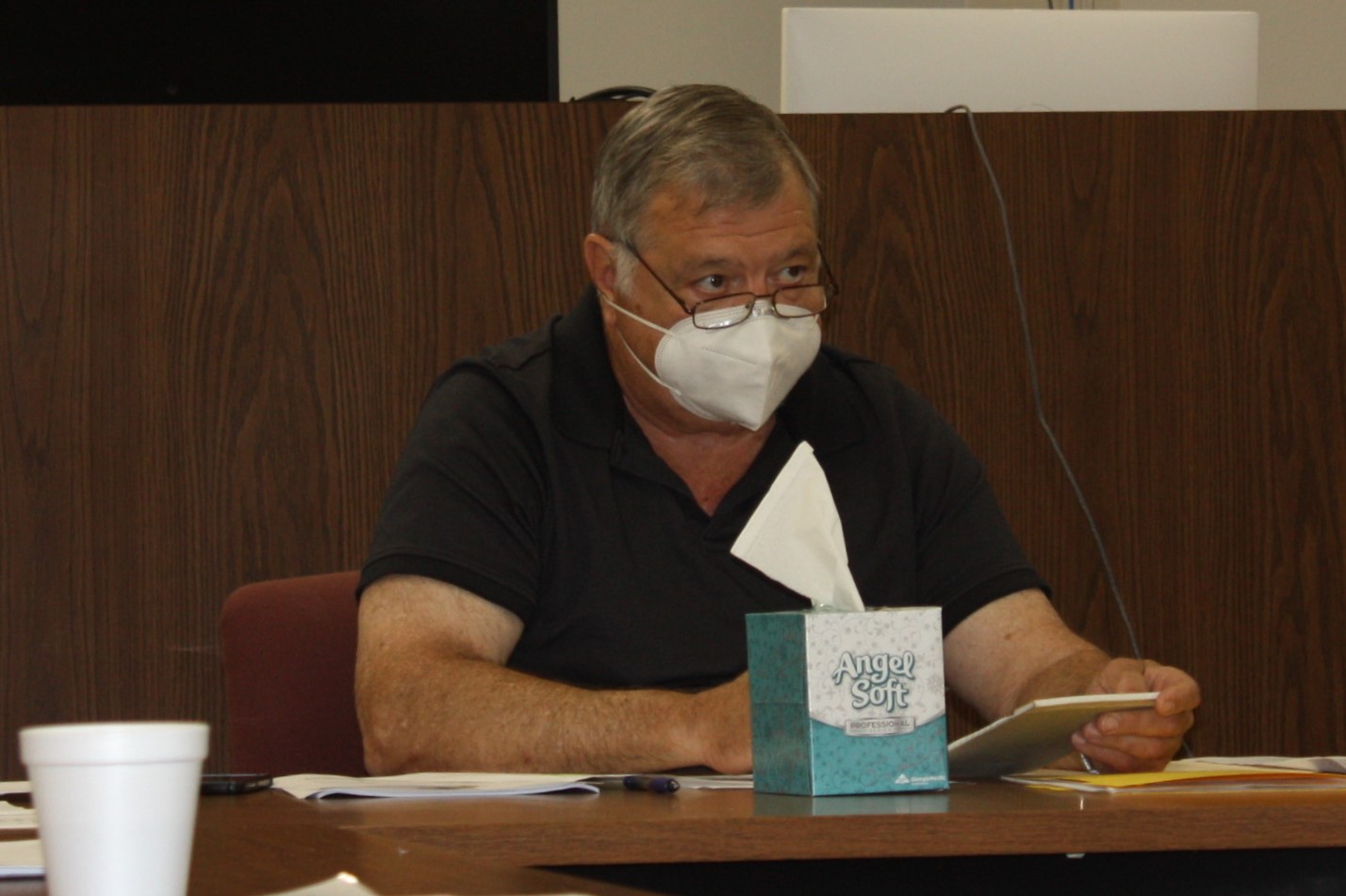 Carter County fiscal court met in regular session on Monday evening and heard requests to take roads into, and to remove them from, the county road system. The first request was from a landowner who had complaints about a gate put up along Moonlight Drive. The landowner said she was one of three landowners who relied on the road to access their property, and should have right-of-way to their properties. However, another landowner has gated the road, in her words “locking” the three landowners out of their property. In addition she said that she maintains a family cemetery plot, the Buckler Cemetery, on the other side of the gate and has had problems gaining access to do the necessary cemetery maintenance. The cemetery is over a mile from the gate, and on her last attempt – after discovering her key did not work on the gate’s lock – she said she had to walk over a quarter of a mile to the home of the person who has put up a gate and beg to be let in. She said the other landowners were never notified that the road was going to be taken out of the county road system.

Judge Executive Mike Malone said he “can’t recall taking (the road) out” of the county system, and that it wasn’t ever a county road as far as he knew. He conceded, however, it wouldn’t be the first time that a road found to have been taken in by a past administration didn’t appear on the official state maps that they county uses to determine which roads are county roads that the county must maintain. While he said it didn’t appear on state or county maps of county roads, that didn’t mean it wasn’t a county road at some point.

In regards to the gate he noted that no one was allowed to gate a cemetery road off in a manner that denied anyone access to the cemetery. While those running cattle or other livestock around a cemetery are allowed to fence and gate their land, they are also required to allow access to the cemetery during reasonable hours. Those reasonable hours are generally considered to be from sun up until sun down. If it is determined to be a county road, Malone said, the county can force the gate to be removed. If it is not determined to be a county road, and the property owner controlling the gate refuses to allow right-of-way access to other properties or to the cemetery, Malone said, that is a civil suit issue. County attorney Brian Bayes confirmed Malone’s assertion, noting that access must still be granted even if the road is gated for livestock.

Malone said he would continue to look into the road and see if he could find documentation confirming the road had been officially taken into the county road system at one time.

While the landowner with property on Moonlight Drive wanted the road taken back into the county system and the gate removed, a property owner on Easterling Branch, off of Stinson Road, wanted their road taken out of the county road system. That landowner said the road has been treated as a private road for “70 to 80 years” and that the surrounding property and farm has been in his family for over 100 years. Recently, however, a family member sold some property to another person who has been treating the road as a public county road and using it to access the property they bought. The new landowner told Mr. Felty, the landowner who believed it to be a private road, that they had checked the county road maps and the road was in the county system.

Malone told Felty if it was not on the county’s maps from the state it was not a county road, but a private road, and the court wouldn’t need to take any action to remove the road. Malone asked if the new property owner could still access their property using other roads, and Felty believed they could.

Malone asked Carroll to go check the state maps while they discussed the issue and when Carroll returned he confirmed that Easterling Branch is a county road, per state records. It is recorded as county road number 1032. Felty asked the court to begin the process of removing the road from the county road system, and return it to private ownership and maintenance. That process requires two uninterested magistrates and/or the judge executive to visit and assess the road, and to file a report. The court moved to begin the process and Malone and magistrate Brandon Burton agreed to visit and review the road. After they file their report they will have to advertise a public meeting, and hear from any other property owners along the road who might be impacted by removing it from the county system.

In other road news the court approved a motion to change the name of a spur at the end of Seagraves Hollow Road from Seagraves Hollow to Tomlin Hollow. That road, reviewed by E911 director Joe Lambert, will now be renamed in the E911 system to reflect the new name and where the new naming convention begins.

The court also moved to begin cold paving and cold patching projects on roads in each magisterial district, with an equal amount of resources allocated to each.

In other action the court moved to hire three part time employees at a rate of $10 per hour in order to resume dumpster services at each end of the county. In addition to being one of the more requested services that magistrates receive contacts on, Malone noted that reopening the dumpster service would help curb illegal dumping and keep garbage and debris out of creeks and streams.

The court also heard from Carter County librarian Christy Boggs and Chris Bischoff with the state library service. Bischoff registered his “concern with the loss of funds from the city of Grayson.” He said it threatens the viability of the library as a whole, especially state funding in the form of a grant. That grant, which was related to the purchase of the library building in the city of Grayson, requires that the building be maintained for 20 years as a condition of continuing to receive the grant funds.

Malone said he was in favor of continuing the county’s commitment to the library and, if necessary, going down to one branch – in this case the branch in Olive Hill because of that city’s continued commitment to funding their library – and looking at ways to supplement library service on the east end of the county with bookmobiles or other options. He said while having one branch on the western end of the county alone wasn’t ideal, because of the size of the county, he did not want Carter County to be the only county in the state without a library system.

“We will do what we’re able to do,” Malone said, adding that he would “oppose any diminishing of our library fund.”

While he said he was “disappointed” with the city of Grayson’s decision to cut library funding, they made that decision “for their own reasons,” noting that they also voted to quit funding their share of dispatching costs for E911, despite the fact that the dispatch answered over 700 calls for Grayson in the previous quarter, compared to 1100 for the county and less than 200 for Olive Hill.

The court also voted to grant an employee, who has since returned to full time work, the benefits they lost when they were downgraded to part time status in 2018 due to budget issues at that time.