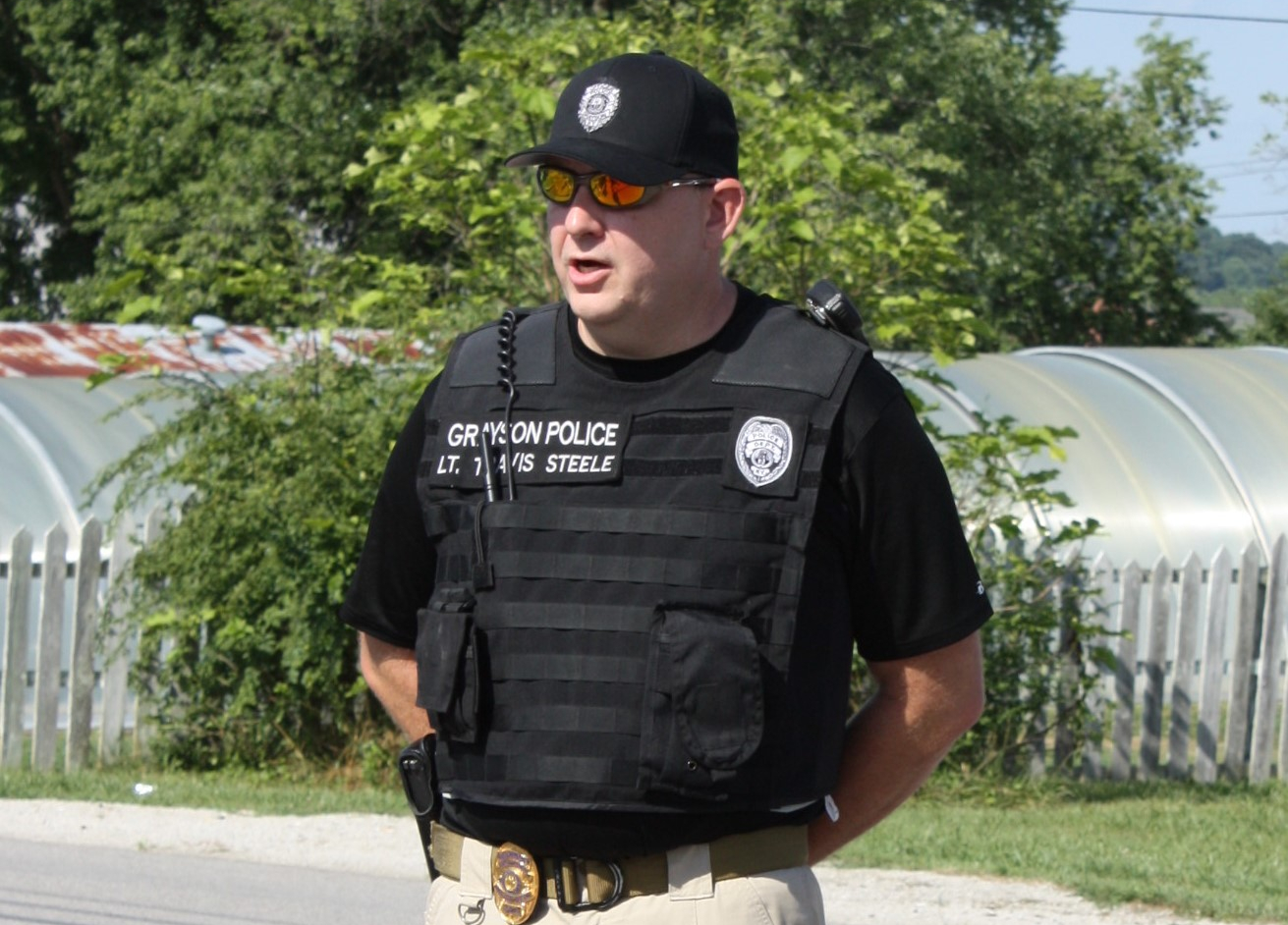 Changes to the Grayson code of ethics ordinance were approved at the last regular meeting of city council, paving the way for acting chief of police Travis Steele, the son of Grayson Mayor George Steele, to be hired permanently into the position. Council voted unanimously to approve the changes to section four of the code of ethics, defining family members for purposes of nepotism. The amendment changed “family member” to “immediate family member.” and added a section defining “immediate family” only as a spouse, parent, or child of a city employee “residing in the employee’s household,” or a brother, sister, or other “individual claimed by the employee or other employee’s spouse as a dependent for income tax purposes.”

Under the sections prohibiting nepotism it changed “family member” to “immediate family member.”

Later in the same meeting council approved the mayor’s recommendation to hire Steele into the position.

“I’ve made my decision,” Steele told council. “I have mixed emotions and feelings, but I don’t think we have another resume that approaches his.”

While she voted with council to approve Steele’s recommendation, councilperson Pam Nash said she thought there could be some push back from the public, as well as confusion over the wording of the ordinance change that allowed Mayor Steele to hire Chief Steele.

“When it comes down to it, you’re going to have to explain it to people,” Nash said to Mayor Steele.

But if Nash had concerns about how the ordinance change might be interpreted, those concerns were overshadowed by praise for Chief Steele’s work with the Grayson police.

“He loves this city and he loves police work,” Mayor Steele said after council voted to approve his recommendation. Steele added that he thought Travis Steele had proven to the Grayson public “at least two times now his ability to handle big events.”

Council also approved plans to annex property on the north side of Midland Trail into the city on second reading of the ordinance. Steele noted that the property owner of the land had asked to have it annexed into the city.

In other action council moved to table action on the Suddenlink franchise until they could review information from other service providers (see “Cable woes” in this issue), and set the date and time for Trick or Treat inside city limits. Unless action is taken at the state level to cancel Trick or Treat due to COVID-19 concerns, Grayson Trick or Treat will take place on Saturday, October 31, from 4 – 6 p.m.

Council also accepted department reports, including information from the police department on the costs for body cameras and a mobile drug incinerator and from code enforcement on mowing and efforts to tie compliance with city ordinances to utilities. Code Enforcement officer Duane Suttles noted that in multi-unit properties, such as commercial properties, apartments, duplexes, trailer parks, or other situations where landlords covered utilities for all tenants rather than having separate utility connections, it would be unfair to turn off the utilities for all tenants when only one was out of compliance on maintaining the property they rent.

“We can’t punish them all for one tenant,” Suttles said.

Action on setting tax rates for 2020 were also tabled until the next regular meeting or a special meeting specifically for the tax issue. While the city reported they have received numbers from the Property Valuation Administrator, Suttles said they need to look at them closer. In addition, he said, they were looking at options for sending those tax bills on postcards, rather than as letters, to save money on postage for the city.