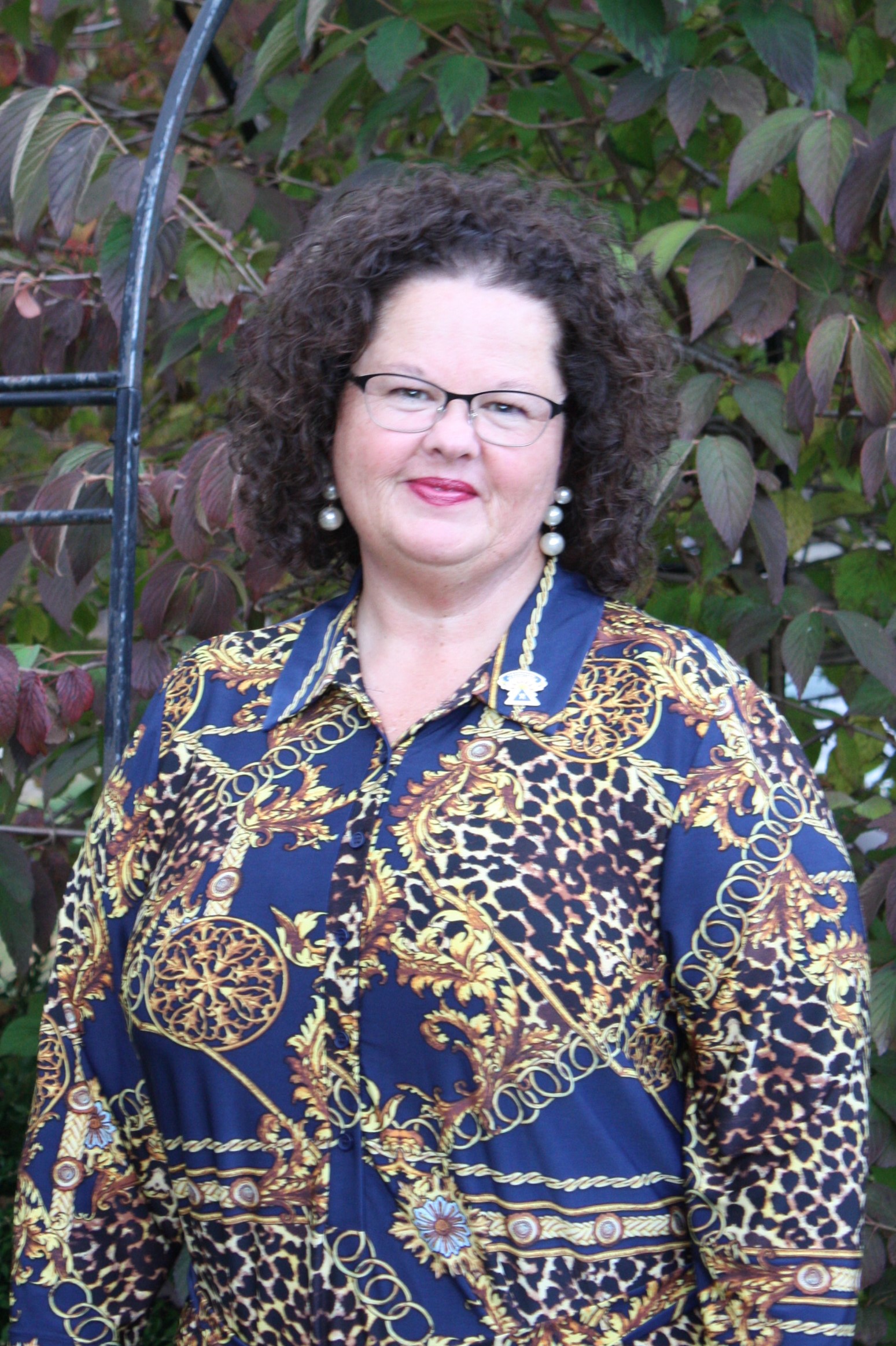 During the six years she’s served on the Carter County School Board, Lisa Ramey-Easterling said she has only missed one meeting, and that was when her mother passed away. Ramey-Easterling, who has worked for the Department of Veterans Affairs for nearly 30 years, was first appointed to the board by the state education commissioner to fill an unexpired term, and then ran twice – winning re-election each time.

The Carter City native, who said she brings the same level of organization to her role as a school board member that she brings to her job as a Health Systems Specialist with the Veterans Healthcare Administration doesn’t take credit for most of the wonderful things to happen with the schools during her time in office. That, she says, is largely the work of teachers, principals, and other administrators in each school and the school system as a whole. But she is proud to support them in the work that they do.

“I originally had a great role model with my mom,” she said. “Being from Carter City, we looked at (the school system) as a unified county, and I wanted to be a part of building up our county.”

She said one of her goals when she took office was to get Carter City Elementary – the school she attended through 8th grade – recognition as a National Blue Ribbon school. Many thought that was a pipe dream, she said.

“But, through perseverance, we got there.”

Carter City, who was recognized this year, joins Star Elementary as the second school system in Carter County to receive the distinction. With only 62 schools in the entire commonwealth recognized, she said, it’s something the county should be proud of.

“The fact that we have two is astounding,” she said.

She said she is also “super proud” that Prichard has consistently been named a proficient school, along with Carter City, and that East and West Middle Schools and East and West High Schools are recognized as “schools of distinction” rating in the top five percent of middle and high schools.

Ramey-Easterling, who is also the “only sitting board member recognized by the state school board association for completing the Board Member Academy of Study Leadership training certification,” has also served on the Governor’s Scholar Program Review Committee as well as the District Local Planning Committee, where she is working on a strategic plan over the next four years to meet the district’s needs.

Among the ideas she has implemented, she said, was moving school board meetings around to different school buildings, at least before COVID-19 changed the way the board met, so that teachers and students could highlight the unique contributions they were making in their classrooms.

“It was my idea to showcase schools and students at our monthly board meetings and to rotate our monthly meetings in our schools,” she explained. “I’m hoping we’ll be able to go back to that (once the pandemic passes.)”

While the pandemic has changed the way the board and schools operate, she said it’s also presented new opportunities for teachers to use technology in innovative and novel ways.

It’s not surprising, she said, that the teachers have risen to the challenge. Before the pandemic Carter County schools hosted “approximately 30 districts, approximately 20 percent of all districts in the commonwealth,” who spoke to students, teachers and administrators regarding Carter County’s “standard of excellence and success.”

Carter County, for instance, was recognized last year for their graduation rates, she said. East Carter High School is also one of three HUB schools in the entire state. This means the school serves as a model for all other schools in the state.

She said it’s an amazing accomplishment considering ECHS was, at one time, in the bottom ten percent in performance for the state and on academic probation – being run directly by the state. But it isn’t just East Carter High School that she bragged about. She also noted that students at Carter Career and Technical Center regularly test out of apprenticeship programs, especially in the welding programs, with students who are interested in becoming boilermakers ofter skipping apprenticeship and moving directly into making scale pay at the prevailing wage after graduation.

While she’s proud of these accomplishments, she knows that the pandemic has been rough on teachers, students, and parents. Some parents have not been happy with the way the district responded, but she said they considered all possible options before choosing to follow the models they did. This included considering a staggered return before that option was brought to the board by parents.

Ultimately, she said, the board had to do what they thought was in the best interest of students, and that meant allowing parents to decide what worked best for them. This, she said, is why they went with an option that allowed parents to choose to send their kids back to school, to utilize NTI and work from home via computer, or to take a hybrid route.

It’s also why the board chose to provide all students with computers and to set up wi-fi hot spots at all schools so students can download content at the schools to work on at home offline. Some parents were confused initially, she acknowledged, because they thought if they didn’t have internet at home they would have to sit in the parking lot throughout the day. But, she said, the board understood this wasn’t practical and it’s why the district set up the program so parents only needed to visit schools to download content.

“My mom used to drive a school bus,” she said. “I know how remote some of these hollers are.”

It’s also why she worked with the board to make sure all students were being provided with free lunches delivered by those bus drivers.

She also knew that some families would be sending their kids back to school, and that is why she worked with her colleague, Rachel Fankell, to coordinate volunteers who made an additional 500 face masks for students to have as extras in the schools.

She noted that she’s very lucky, in her job with the VA, to get information from the White House and the CDC and, as a board, they’ve stayed in constant contact with state officials as well.

It’s also why she advocated to give teaches an extra ten days for COVID related issues if they needed them.

And, she noted, she’s worked to do all of this while also advocating to keep personal property taxes for schools as low as possible and providing pay raises for teachers. Those reasons and others, she said, are why she hopes that voters recognize her work and vote to keep her on the board.