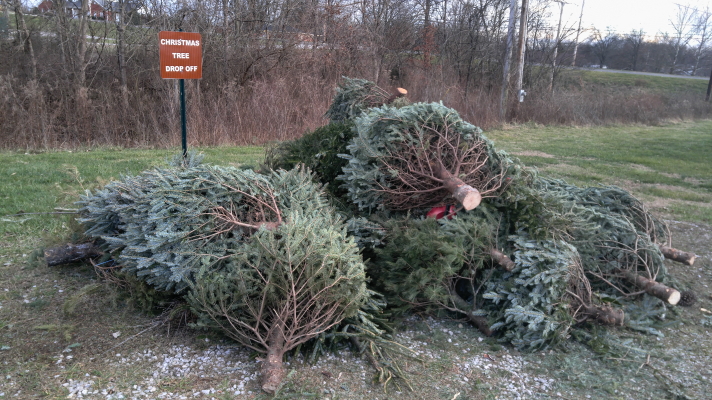 If you had a real Christmas tree this year, and you aren’t sure what to do with it now that the holidays are over, the Kentucky Department of Fish and Wildlife Resources (KDFWR) has a suggestion for you – give it to the fish.

The US Army Corps of Engineers at Grayson Lake have put out a call on Facebook for the donation of Christmas trees, which can be dropped off behind the Corps of Engineers office at the Grayson Lake boat launch and marina. Trees should have all lights and decorations removed from them before they are donated. They can then be dropped off in the spillway – the large, flat area at the bottom of the hill behind the office, on the right as you head toward the boat launch. Trees may be dropped off through January 15, during daylight hours only, from 8 a.m. to 5 p.m.

“These brush reefs provide nesting and rearing habitat for gamefish as well as creating homes for invertebrates and smaller fishes that provide food for larger fish,” read a release from the KDFWR.

Sites where the trees are placed will be mapped so that anglers can make use of them when they start hitting the lakes again this spring and summer. KDFWR said they saw many more people taking to the water this past summer as they sought outdoor activities as a way to spend time with their families while also socially distancing from others.

“Many people we talked to were on the water for the first time,” the release noted. “Deciding where to fish on lakes can be a daunting task for first-time anglers. That is why KDFWR creates fish attractors and provides maps to help people find these hotspots of fish activity.”

If you choose to fish over one of the habitat sites mapped by the KDFWR they recommend using weedless presentations or weedless lures, to prevent snagging and loss of hooks, bait, and lures.

For more information on fishing locations, licensing, and fishing guides you can visit the KDFWR online at https://fw.ky.gov/Pages/default.aspx.&nbsp;