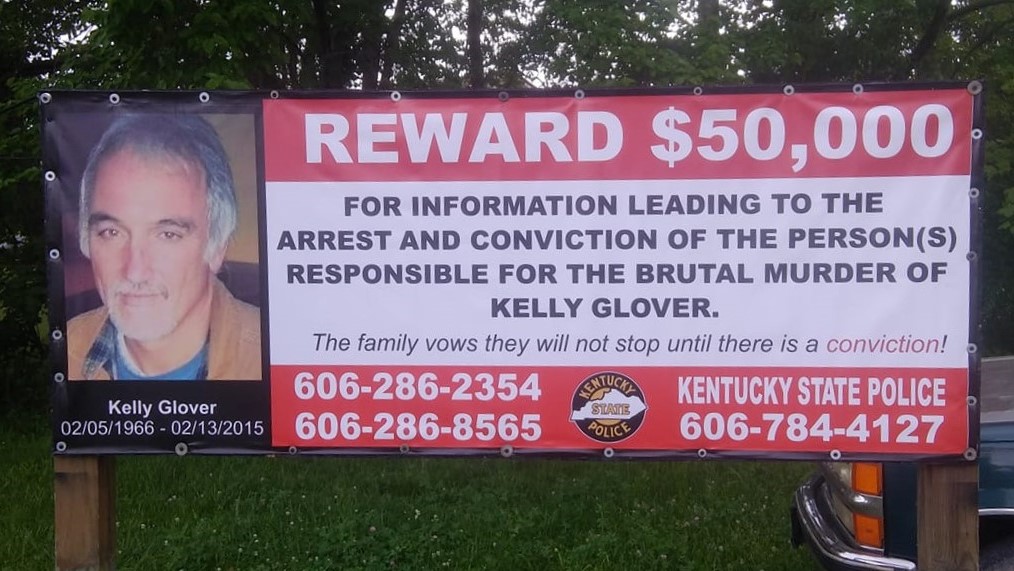 The Kentucky State Police, Post 8, in Morehead issued a statement last week announcing the arrest of Brian Flannery, of Tick Ridge Fork in Olive Hill, in connection with the 2015 shooting death of Kelly Glover. Flannery is charged with first degree murder in the case, and is currently lodged in the Rowan County Detention Center.

This is the first of what the KSP said they believe will be multiple arrests in the case, though they did not give any indication of how many arrests or who else they are looking at in connection with the murder.

According to the Glover family the murder, which took place across the county line in Elliott County, had all the earmarks of a personal vendetta. His brother Randy has said, in previous comments to the press, that he not only believed the gunmen set Kelly up with the phone call that drew him to the address, but that they wanted Kelly to know who it was that shot him.

Randy explained that the incident occurred after Kelly, who worked a side job delivering gravel, received a call for a delivery at an address in Elliott County. The remote location was chosen on purpose, Randy believes, and indicated that the last person who was known to speak with his brother was a resident who Kelly asked for directions. When that person wasn’t able to assist, Kelly continued his search.

While it’s not entirely clear what transpired next, Randy said it appeared as though someone may have placed a large tree stump in the middle of the road as a makeshift roadblock, knowing that Kelly would need to get out and move it when he returned down the road.

The Glover family believes this because the stump was found near Kelly’s body.

They know Kelly was shot twice with a shotgun, once in the chest and once in the face. They have stated they believe Kelly was ambushed with the blast to the chest when moving the stump, and then shot in the face after being incapacitated.

That move in particular, they said, was what made them feel it was personal rather than a crime of opportunity, like a robbery, or even a contract killing.

No further information is available at this time. We will continue to provide updates as they are provided by the KSP and the family.