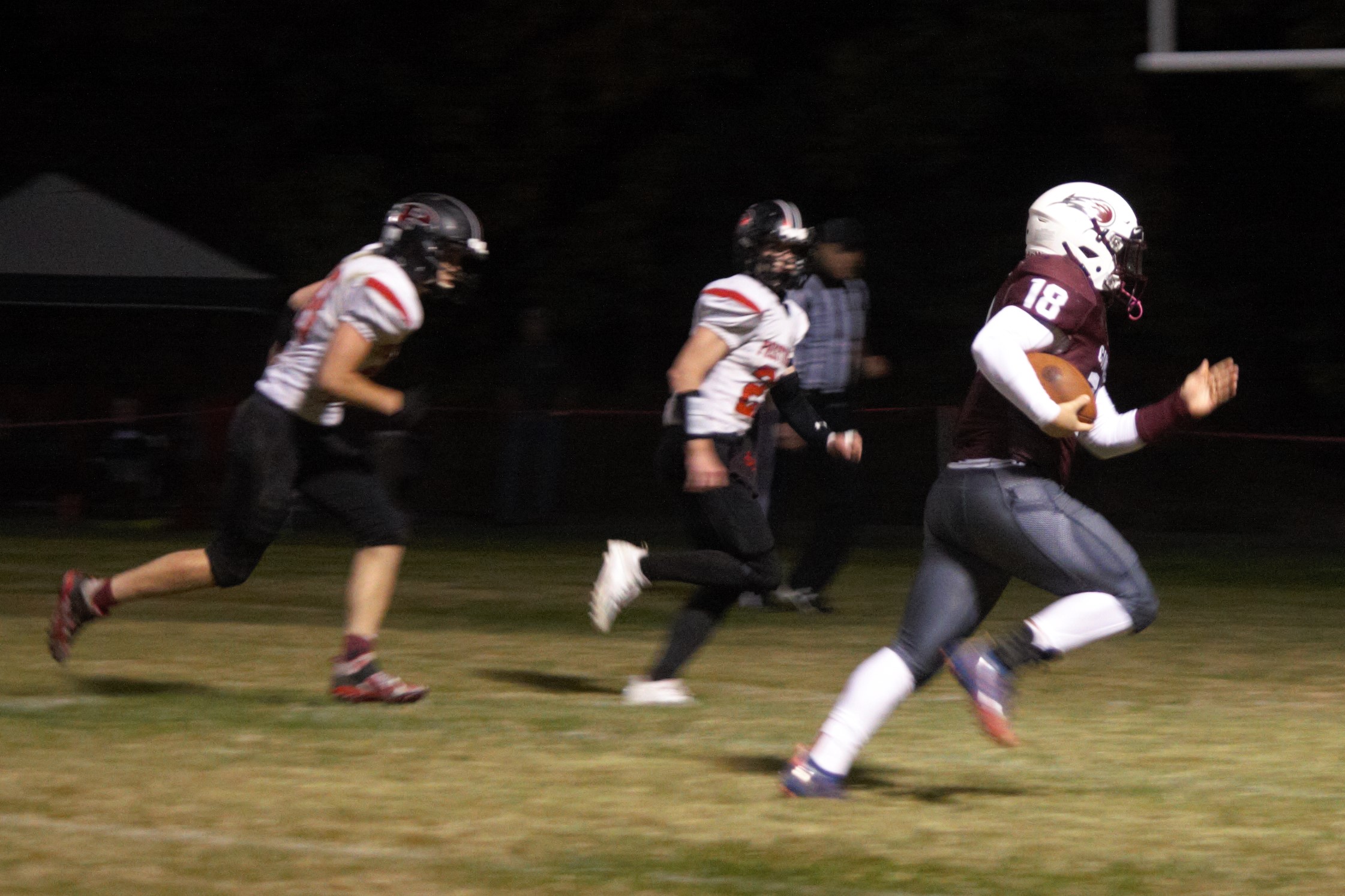 The West Carter Comets continued their winning streak last Friday, triumphing over the Prestonsburg Blackcats with a 58-7 win.

The Comets came out strong, scoring their first touchdown less than a minute into the game when Leetavius Cline made the first touchdown for West Carter on a 39 yard run with 11:46 on the clock. With Garrett Wolfe’s successful kick for an extra point, the Comets were up 7-0 almost as quick as the game began. The team scored another two points on a team safety about a minute and a half later, bringing the score to 9-0.

Blake McGlone scored the Comets’ second touchdown of the quarter, on a 21 yard pass from quarterback Orry Perry with 8:56 on the clock, bringing the score to 16-0 with another successful kick from Wolfe.

Jackson Bond scored TD number three, running 55 yards on a punt return. That brought the score to 22-0, with another Wolfe kick bringing the score to 23-0 halfway through the first quarter.

Cline had another impressive advance before the quarter ended, moving the ball forward 21 yards after being forced to reverse direction momentarily and using his speed to advance across the field, from the Comet to the Prestonsburg sideline, to avoid an attempted tackle. That sat the stage for touchdown number four, again from Bond, on a 22 yard pass from Perry. Wolfe’s kick here brought the score to 30-0 as the first quarter ended.

West scored two more touchdowns before halftime. The first came just nine seconds into the second quarter, when Cline ran the ball for 54 yards to score for the Comets. The second touchdown of the quarter came courtesy of Logan Berry with just over five minutes left in the quarter, on a ten yard pass from Perry. Wolfe’s good kicks on both those brought the score to 44-0 going into halftime.

West Carter scored once in the third quarter, when Eli Estepp earned a touchdown on a 22 yard run. That brought the score to 50-0, with Wolfe taking it to 51-0 on his extra point kick.

Prestonsburg finally broke the shutout attempt in the fourth quarter, when Brayden Slone scored on a 52 yard run and Jackson Shannon made good on his kick, bringing the score to 51-7. But there were still eight minutes left in the quarter, and it only took about four and a half for Cole Crampton to close the gap opened by Prestonsburg’s score, scoring a touchdown on a 32 yard run that, with Wolfe’s kick, brought the final score to 58-7.