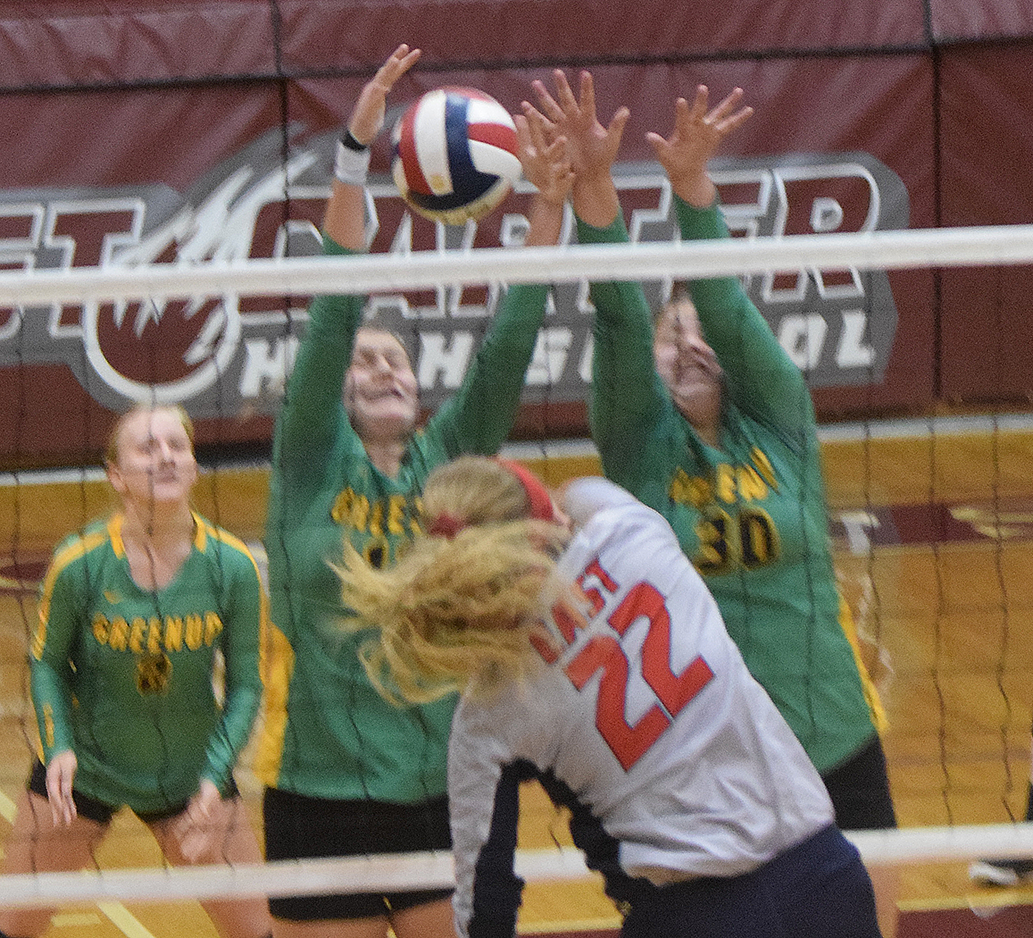 OLIVE HILL – East Carter scored the first four points of the match and never looked back last Monday, eliminating Greenup County in the opening round of the 16th Region Tournament at West Carter.

The Lady Musketeers fell behind by an 8-1 margin in the first set. They then closed within four points, 10-6 on a kill by Madison Wolfe off a pass from Desarae Willis.

However, a kill by Alexis Tompson was the first of five straight East points. Zoe Stidham served two aces during the run.

East pulled away with set point coming on a block by Alyssa Navarre.

The Lady Musketeers were trailing, 9-5, following an East hitting error.

Greenup County scored only two points the rest of the set.

Helped along by four Greenup County hitting errors, East (13-7) scored the next eight points to lead, 17-5.

Greenup County was the one getting off to the quick start in the third set.

Caroline Adkins served two aces and Munn had a kill in a five-point run, which gave Greenup County a 7-2 lead. But East caught up at seven.

There were four ties, the last at 14.

An East serving error broke a tie at 14. Adkins served two aces and Munn added a kill for an 18-14 East Musketeer lead.

East closed within a point at 20-19 on a Navarre kill.

The Lady Musketeers answered with a block by Munn and an Adkins kill.

A Greenup County hitting error gave East a point, but an Adkins kill gave the Lady Musketeers a 24-21 and three potential set points.

They did not score again, though.

East scored the final five points of the match. A kill by Jascie Green ended the match.

The Lady Musketeers were runner-up n the 63rd District and finished with a 5-16 record.