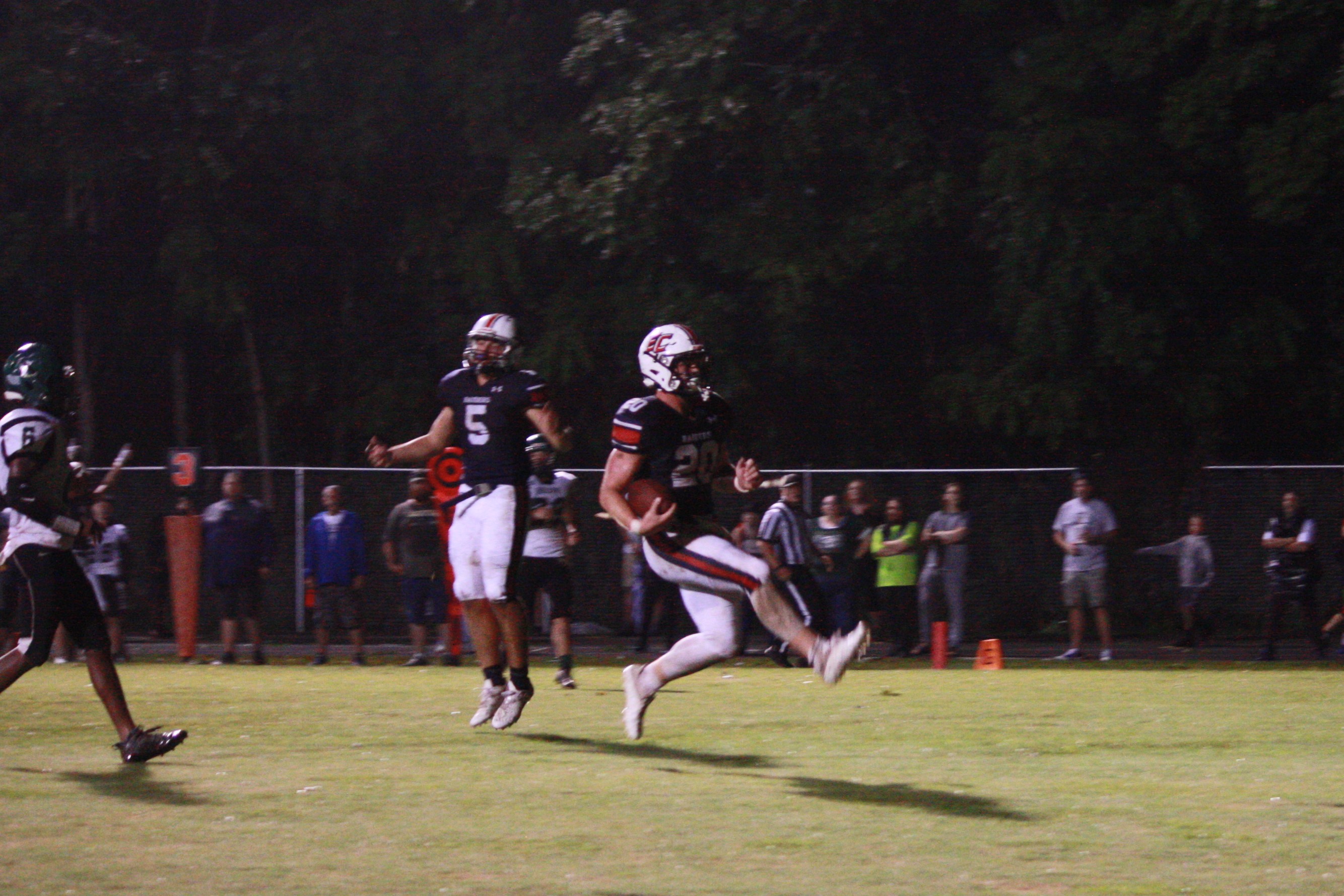 East Carter is officially on a winning streak, with their second victory of the season over Rowan County on Friday.

The game stayed scoreless until the second quarter when back-to-back touchdowns from Charlie Terry – the first less than two minutes into the quarter and the second halfway through – took the score to 12 – 0. Wet conditions caused East to slip when setting up their first extra point attempt, and they were also unsuccessful on a two-point conversion attempt after the second touchdown.

An interception by Kanyon Kozee with four minutes left in the half nearly promised a third Raiders touchdown, but the team would have to wait until the second half for that.

Four minutes into the second half, East would score that touchdown, again on a play by Terry, taking the score to 20 – 0 after a successful two-point conversion.

The score would hold at 20 – 0 until Rowan County scored a touchdown around eight minutes left to play, taking the score to 20 – 8 after running in their extra points.

But East Carter wasn’t finished. With four minutes left in the game Connor Goodman delivered touchdown number four for the Raiders. A successful two-point conversion play by Isaac Boggs put the final score at 28-8 as the Raiders ran out the clock.

Passing yardage, rushing, and defensive state were not yet available at press time.

Playing away, against Fleming County, the West Carter Comets came back from a disappointing loss last week to take home a win on Friday night.

West had one touchdown, courtesy of Cole Crampton, but held the Panthers scoreless for a 6 – 0 victory.

Quarterback Eli Estepp had three pass completions, on ten attempts, for 51 passing yards. Crampton had two of those pass receptions – including his touchdown pass – for 31 receiving yards, and rushed for 91 yards on 18 attempts. Blake McGlone caught the other competed pass, for 20 receiving yards.