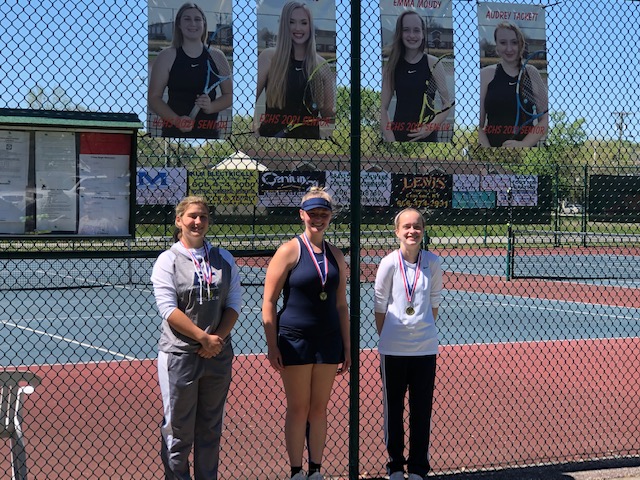 The East Carter girls tennis team continued their winning streak this weekend, taking their momentum into the 16th Region Western District Tennis Tournament Finals where they brought home the singles championship and the doubles championship over Morgan County.

It was Aliya Lewis and Emma Moudy over Morgan County’s Kaleigh Murphy and Core Beth Hammonds, 6-3, 6-2, to bring that one home for the Lady Raiders.

It was East Carter all the way in singles competition. Maria Hayes beat out teammate Kaitlyn Conley for the singles championship, 6-0, 6-0.

If the East Carter girls dominated in their tournament, on the boys side it was all Rowan County.

In doubles competition it was Rowan’s Jordan Justice and Collen Tuerk over teammates Ethan Jenkins and Paul Eisenhour, 6-4, 6-3 to give Rowan the championships.