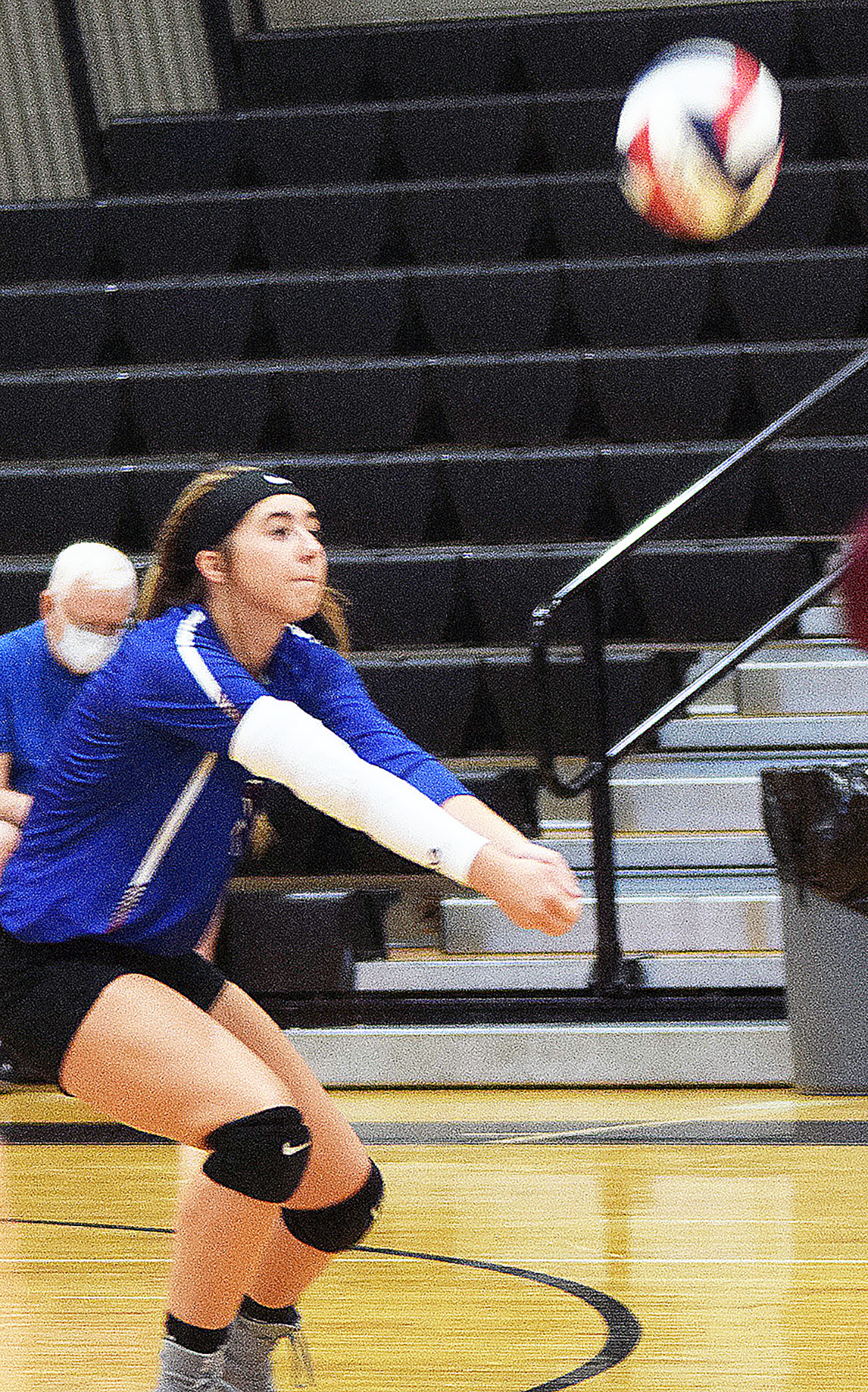 RACELAND – West Carter suffered through a mistake-filled opening set on Saturday before settling down to beat host Raceland (25-18, 25-12) in the volleyball championship of the 16th Region All A Classic.

The seven-point margin in game one gives the appearance of a relatively easy victory.

However, West mistakes turned the game into a battle because of those errors, hitting the ball into the net or out of bounds. The Lady Comets had four service errors and seven hitting errors.

Raceland led, 10-9 after a Lady Comet got into the net.

In the key play of the match, a West kill attempt sailed over the end line. However, one of the line judges ruled a Raceland player trying to defend against the kill had tipped the ball.

The point came off the scoreboard for Raceland and went to West to tie the game.

West led, 12-11, when the Lady Comets opened up the lead with seven straight points. Madison Adkins served an ace and the Lady Comets added four kills. The final one by Rebecca Stevens gave West a 20-11 lead.

Another flurry of West errors let Raceland close the gap to 23-18.

Jenna Jordan closed out the set for West by serving an ace.

A combination of errors and aces served by Stevens and Milea Arrowood helped West move out to a 9-3 lead.

There was also a switch in the West attack. Madison Adkins switched from the primsy setter to hitter. Hailey James moved into the setter position.

Adkins had three kills and Stevens two as West extended its lead to 20-8.

Needing three points to lock up the All A title. Steven had a kill off an Adkins assist and then scored the final two points with aces.

West had a tougher time getting by Fairview in the semi-final. The teams had played the previous Monday in a match that went four sets.

Due to COVID-19 and not getting registration in on time, only three schools took part in the All A Classic this year. Menifee, Bath County and Rose Hill could have participated but did not.