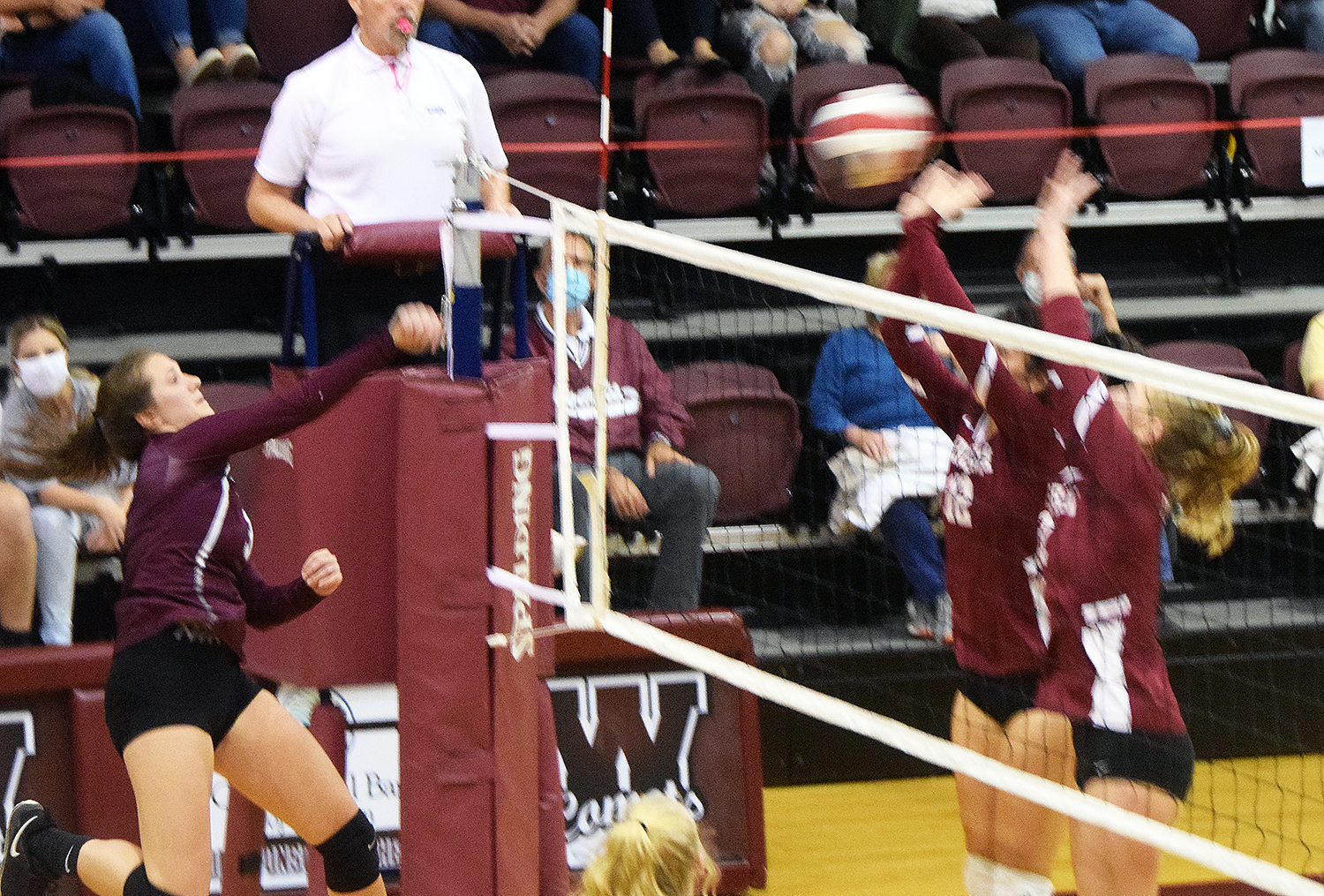 OLIVE HILL – Russell took advantage of West Carter hitting errors to beat the 62nd District runners-up in straight sets, 25-15, 25-21, 25-16, last Tuesday, to close out the opening round of the 16th Region Tournament.

West gave Russell its first four points of the match on two hitting errors, a serving error and a player getting into the net.

West had 10 kills in the opening set to just seven for the Lady Devils. However, the West kills were offset by an equal number of hitting and serving errors. The hosts also gave up two points by getting into the net.

In contrast, the Lady Devils had just three errors.

After the four West mistakes to start the game, Tori Hester served an ace for a quick 5-1 lead. Then three kills by Jenna Jordan helped West rally to within a point at 7-6.

The margin was still one, 8-7, following an exchange of kills by Russell’s Jady Green and West’s Macie Inskeep. However, a kill by Christen Corey and a block by Sadie Hill helped Russell start to pull away.

The margin was four when the Lady Devils went on 6-1 run to lead 23-15. Mallory Allen ended the set with a block.

West got off to a good start in the second set, building an 18-12 lead on an ace by Rebecca Stevens.

A couple of kills by Corey started a Russell comeback, though. An ace by Emily Ruggles pulled the Lady Devils within two, 18-16.

After a West point, the Lady Devils charged to the lead.

Kills by Hill, Cory and McKenna Barfield drew Russell even at 19 and a tip by Hill gave the Lady Devils the lead. Back-to-back aces by Ava O’Neal gave Russell a 22-19 lead.

West’s serve for the tie was wide for an error. A hitting error set up set point, which Allen notched with a kill.

Russell opened up a nine point lead in the third set, 15-6.

West then rallied again. After a Russell serving error, Cora Burton had a pair of aces as she served for six points, closing the gap.

After a Russell score, the Lady Comets immediately broke back on a kill by Peyton Steagall and ace by Hailey James. That cut the Russell lead to one. However, West made back-to-back hitting errors to start a 9-1 run for Russell to end the match.

Russell collected 28 kills, only one more than the Lady Comets. But the big difference came on blocks. Russell had a dozen led by Barfield with six. Corey added four