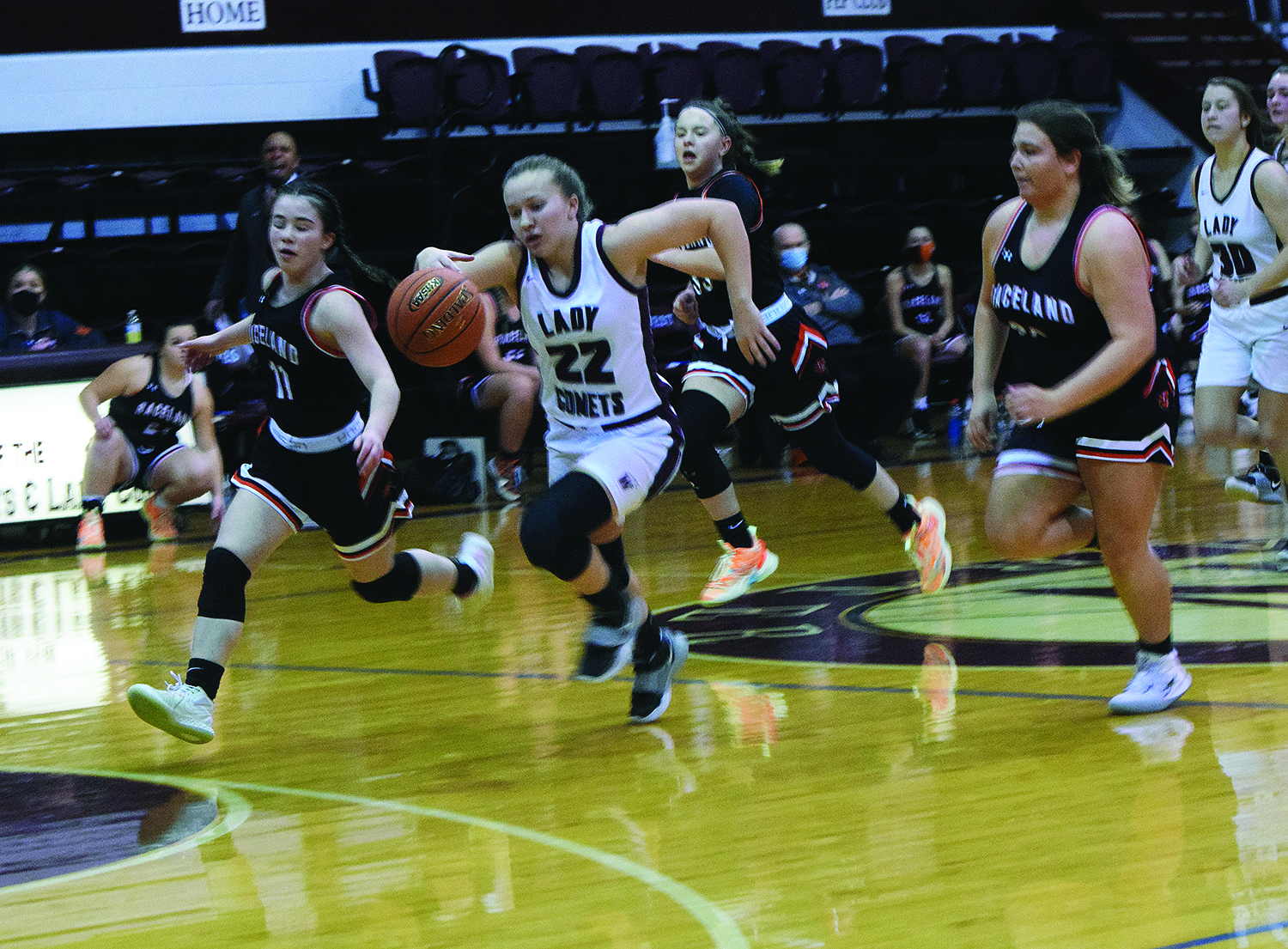 COVID-19 and the weather forced the 16th Region All A Classic to be cancelled three times before finally hitting the court Sunday, Feb. 14.

The Lady Comets led, 11-8, following a basket by Raceland’s Kiersten Smith at the 2:26 mark.

The Lady Rams did not score again until a three-point play by Smith with 3:08 left in the first half.

Between the Smith scores West ran off 29 points to lead, 40-8. before Smith’s three-point play.

West totally owned the boards in the opening 16 minutes. The Lady Comets grabbed 23 caroms to only nine by Raceland.

While West made a lot of turnovers, so did Raceland. Both teams had 11 in the first half.

Kara Jordan carried the Lady Comet offense in the first quarter with 14 points. She also had six rebounds in the half.

A rebound basket by Hanna Henderson closed out the first half scoring to give West a 47-15 lead.

Ten Lady Comets scored in the first half.

Although out of contention, the Lady Rams opened the second half battling. A basket by Jordan was the lone West score before Coach Faith Conn called a time out at the 4:37 mark.

Smith and seventh grader Naomi Maynard scored for the Lady Rams to cut the lead, 49-22.

The Lady Rams continued to fight. Five points by Smith and a steal and basket by Hanna Henderson trimmed the West lead to 53-29 and led to another West time out at 2:19.

When action resumed, the Lady Comets (6-4) scored the final 10 points, highlighted by Alexis Boggs’ three-point play and two free throws by Jordan to close out the quarter with West leading, 63-29.

Mikenna Lacks scored to open the fourth quarter, back-to-back baskets by Elizabeth Middleton gave West a 67-31 lead and the rest of the game was played with a running clock.

Middleton added a third straight bucket after a steal by Kayleigh Rayburn.

The Lady Rams (3-5) scored the next five points, a free throw by Smith and baskets by Alexis Boggs and Picklesimer.