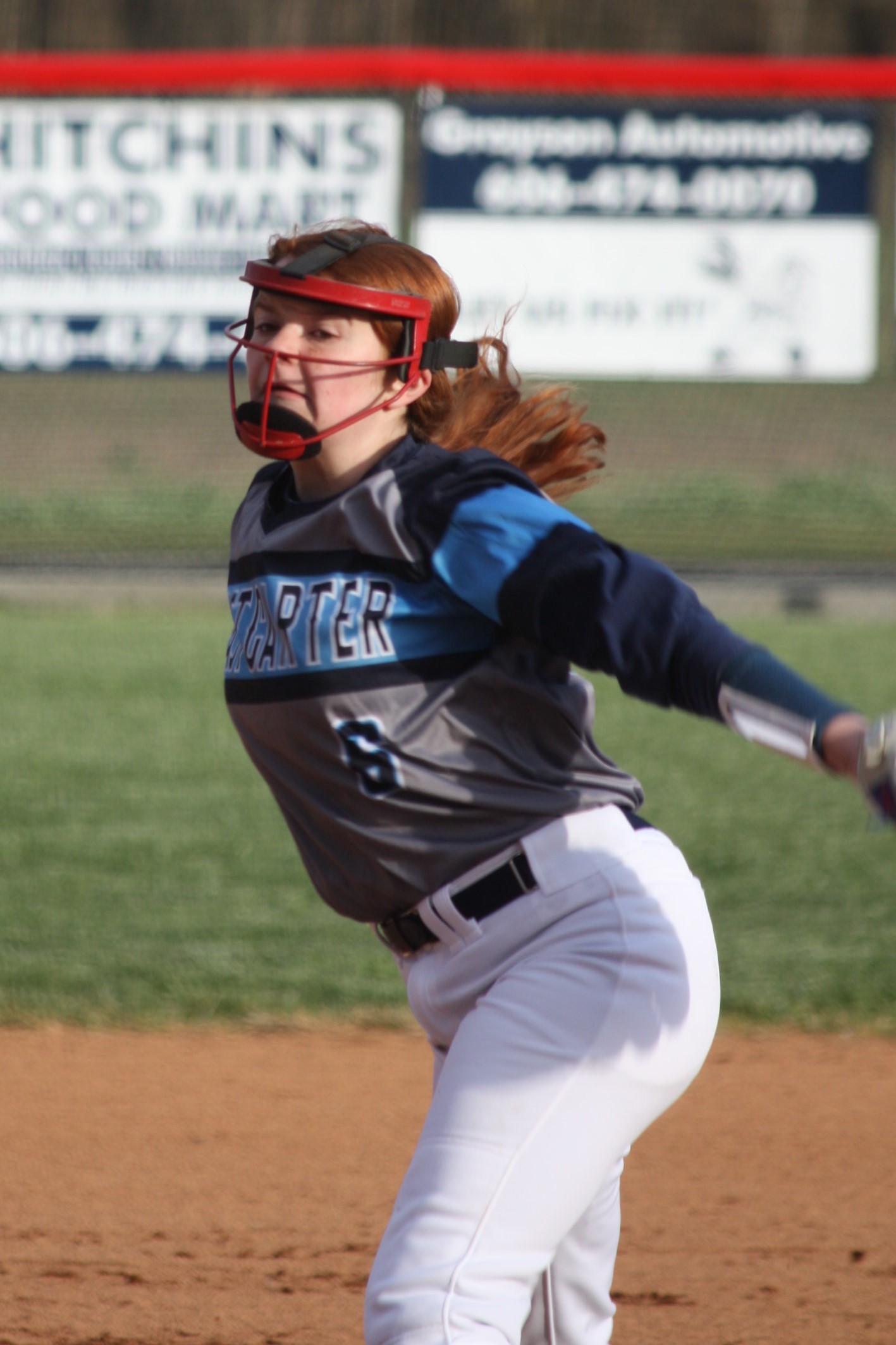 It was a frigid April 1, but the East Carter Lady Raiders didn’t let the weather cool their drive to win. After having their first scheduled match against Betsy Layne cancelled due to COVID policy, the East Carter girls faced off against the West Carter Lady Comets in a match that lasted only three innings before being called.

The East Carter girls came out strong, holding West Carter scoreless through the top of the first inning, and cycling through the starting line up to earn 12 points before the inning’s end. Payton Rice got on base with one out for the Lady Raiders and stole to third when Audrey Manning ripped a shot to the fence for a double and pushing Rice home for the first score of the game. After a steal, a walk, and a bunt bases were loaded when Chloe Shelton’s good eye let the Lady Raiders walk in the next point.

The Lady Raiders continued to rack up the points, finishing the inning up 12-0 on a stolen home base from Lydia Combs.

The Raiders added three more in the second inning on runs from Mackaleigh McCarty, Stephanie Tussey, and Karsen Prichard before Manning came to bat again. Stepping up just after a base hit and RBI from Rice, this time she didn’t stop at the fence, knocking the ball into homerun territory and taking the score to 17-0 after she and Rice scored. Alexis Thompson, Combs, and Chloe Shelton rounded out the score, ending the second with eight more runs for a score of 20-0 going into the third.

West Carter would finally rally in the third inning, adding four points to the card on scores from Lainey Reynolds, Hailey James, Camryn Burton, and Emma McGlone, two coming on RBIs from Chloe Lambert, but it was too little too late. The game was awarded to the Lady Raiders, their first win of the season.

The Lady Raiders went on to face off against Paris the next day, bringing home a 17-6 win in five innings, and giving the Lady Raiders a 2-0 win-loss record on the season so far.