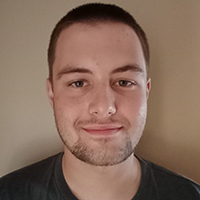 FRANKFORT – Bowler Levi Oney of Olive Hill has been named to the Team Kentucky delegation that will compete in the 2022 Special Olympics USA Games next June in Orlando, Fla.

Oney, 22, has been a Special Olympics athlete for six years, competing in bowling for that entire time. He has also competed in soccer and track and field. Oney is making his first ever USA Games trip. He works at Rural King in Ashland.

This will be the second consecutive USA Games that has had an Olive Hill representative in the Team Kentucky bowling delegation. Joseph Jarrell competed at the 2018 Games in Seattle, Wash., bringing home a gold medal in the pairs competition with Daniel Williams of Glasgow. He also placed fourth in the individual event and the team event.

“We’re excited to once again have the opportunity to send athletes and coaches to the USA Games,” said Special Olympics Kentucky President and CEO Trish Mazzoni. “Being selected to Team Kentucky for the Games is not only a tremendous honor for our athletes, but it offers a great opportunity for personal growth. We have seen many of our athletes be transformed by this experience at the previous four USA Games that have been held. Plus, with these Games being held largely at Disney’s Wide World of Sports complex, it will be a one-of-a-kind environment and a chance to compete in world-class facilities.”

Special Olympics Kentucky will send 34 athletes, seven Unified partners and 16 coaches to the Games. They will compete in eight sports – artistic gymnastics, bocce, bowling, flag football, golf, swimming, track and field and Unified basketball. The total cost of sending Team Kentucky to the 2022 USA Games is expected to approach $100,000. For information about how you can help sponsor the team or to donate, contact Trish Mazzoni at 502-695-8222 or tmazzoni@soky.org.

For more information about Team Kentucky or about the USA Games, contact Special Olympics Kentucky Director of Communications and External Relations Mark Buerger at 502-695-8222 or mbuerger@soky.org.

Special Olympics is the world’s largest program of sports training and competition for children and adults with intellectual disabilities. Participation in competitive events is open to all individuals eight years of age or older. Training and competition in local, area, state, and national programs is offered year-round in Kentucky in 15 sports. In addition to its traditional sports competitions, Special Olympics also offers early childhood programming through the Young Athletes Program and medical screenings though the Healthy Athletes Initiative. Special Olympics Kentucky began as a one-day event in Louisville in 1970 and has expanded to serve more than 11,300 athletes statewide annually. Special Olympics celebrated the 50th Anniversary of the global movement in 2018.