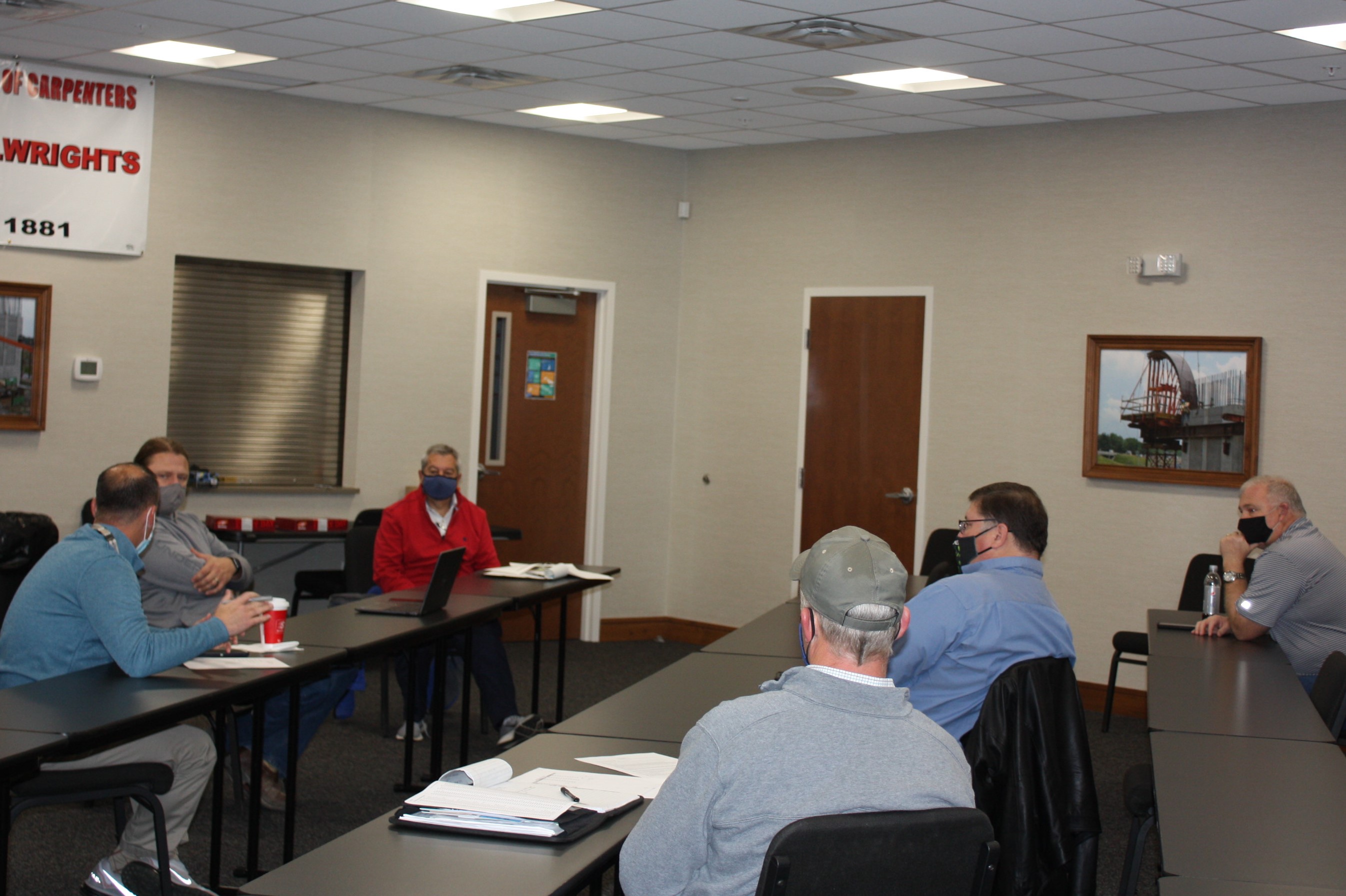 Grayson sports park manager Grant Harper told the park board he won’t know exactly what kind of costs the park will incur until they open, but he and board member and Tourism treasurer Don Combs have put together a tentative budget. For instance, he won’t know employee costs until they have to start mowing and can determine if they have to hire another part time worker to help with that. But they do have some ideas based on projections from other, similarly sized facilities. They also know that funding for the park will come from a split of restaurant tax funds and concession sales at the park.

“We’ll have to feel our way into it,” Harper said, explaining they will analyze and change the budget monthly as necessary, at least to start. He said it also “depends on what 2021 looks like,” as far as whether games will be played or if continued COVID restrictions will impact seasons.

“It’s going to be wrong one way or the other,” Combs said of the current proposed budget, explaining that the park will either be over or under that budget, but probably won’t hit the numbers exactly as currently projected.

The budget will be a bigger focus as they move out of the construction phase, Harper said, but they do still have one more construction project to address – the installation of playground equipment, which Harper said he is close to making a decision on.

Harper, who said he wants to get “the most bang for the buck” on playground equipment, has received quotes from one company and is awaiting quotes from a second. He said because of designers and representatives working from home it has slowed progress somewhat, but he plans to work with one of these two companies for the playground equipment and installation.

“I want it to be substantial, equipment wise,” he told the board, noting that the playground is an important part of the project.

While the park can – and will – add to the playground later, he wants to start out with a lot of equipment so children can enjoy it right away. One company offers rubber surfacing for playground areas. But that amounted to $70,000 of their total quote. Harper said while the poured rubber surfacing would be nice, that’s $70,000 he’d rather spend on other playground equipment, leaving the surfacing for future investments and going with a rubber mulch or other ground cover to start.

Another way he would like to keep costs down, and cycle more money through the local economy, is to go with a local company for the concrete work on the playground, rather than the out of town contractors the equipment companies typically work with.

No matter which company they go with, Harper said, he would like to make the decision before the end of the year, to lock in prices before costs go up.

In other discussion Harper told the board that all concrete work, including parking pads for handicap parking, has been completed. He said you can currently reach all amenities in the park without leaving the sidewalk. This is important not only for ADA compliance, he said, but also because of soft ground conditions in the spring.

“If we can keep everyone on concrete, that will be a plus,” Harper said.

He also wants to hold off on gravel for the rest of the lot for similar reasons. The winter freeze-thaw cycle, he said, would result in gravel sinking into the ground.

Marketing materials are another step that Harper will be working on over the winter. The website has already been created, he said, and he is just waiting to make it live.

He put down some more grass seed in November, he said, but is mostly working on building up the soil quality until next spring. He expects grass to “pop up” in the spring now. He is also holding off on other landscaping, though he said he would like to get some trees in the ground before then.

If fiber optic service becomes available before the park opens, he said, they will also look at amenities like wi-fi hot spots for park patrons. Additional security cameras might also be added if fiber optic is available, to increase the security coverage, but the current bandwidth limits the number of cameras the park can have – however Harper said they haven’t had any real security problems since the construction phase and current coverage includes all park amenities.