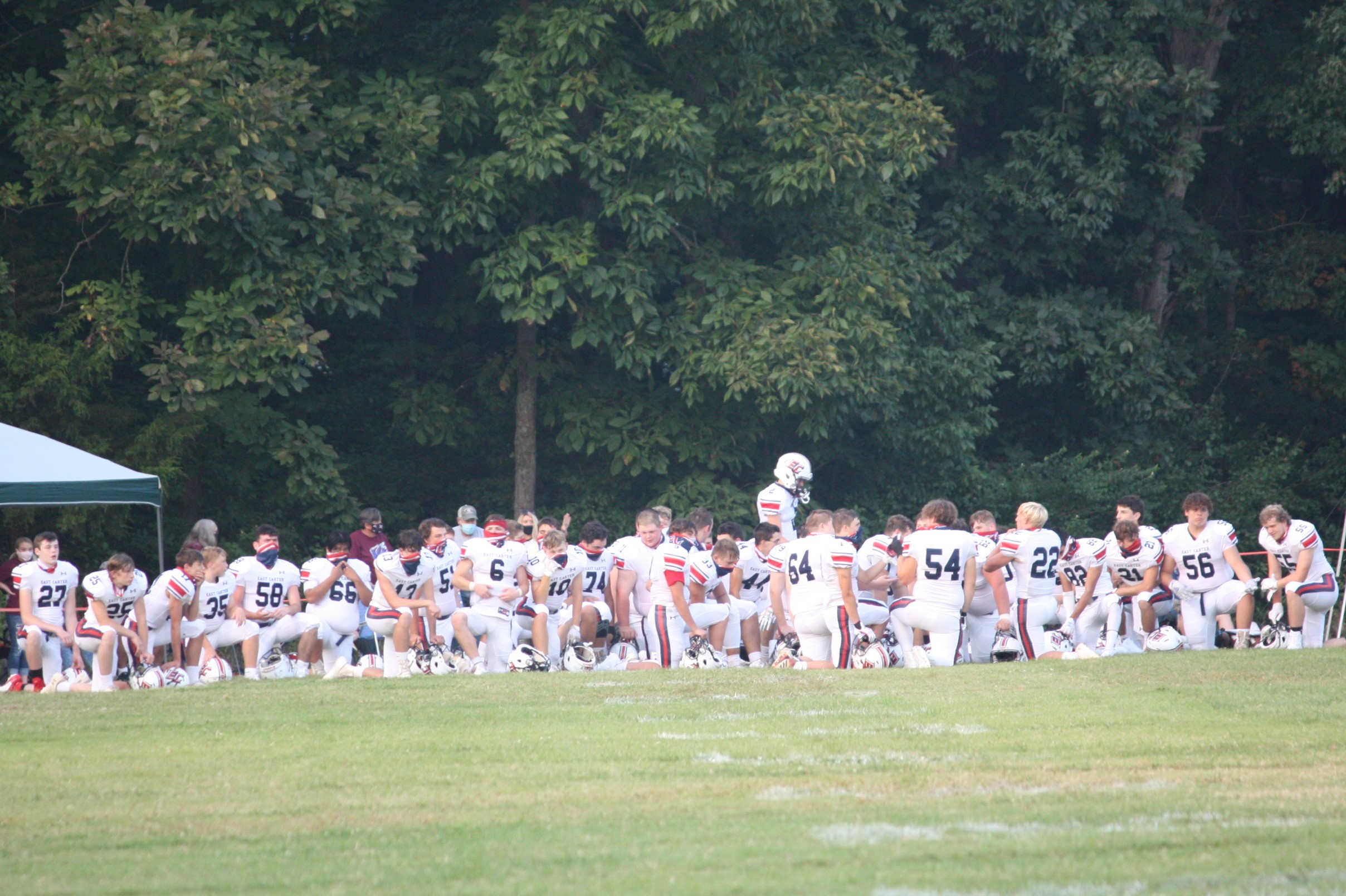 East Carter kept their winning streak going on the road last week, with a 70-34 win over the Betsy Layne Bobcats. The Raiders beat the Bobcats with a running game, rushing for a total of 540 yards and allowing Betsy Layne to rush for only 49 yards. Betsy Layne out passed the Raiders, with East Carter allowing the Bobcats to pass for 359 yards to their 17 yards, but those passing yards weren’t enough to make a difference in a game dominated by the Raiders.

The 17 yards that the Raiders did complete a pass for, from Kanyon Kozee, resulted in a successful touchdown. Brodey Stamper caught that touchdown pass for the Raiders.

Jacob Underwood was the Raiders’ standout, scoring five touchdowns for the team and rushing for a total of 293 yards on 16 attempts.

Isaac Boggs scored yet another touchdown for the Raiders, on a kickoff return.

The Raiders were good on six of their extra point attempts from Logan Cales, and Stamper ran in two 2-point conversions for the team.

Cales was successful on all of his extra point attempts.

Ethan Moore had one fumble recovery for East Carter.

On the defensive end of things, Terry and Stamper had five tackles each, with Terry getting one defensive sack. Terry’s tackles were all solo takedowns. Stamper had three solo tackles and two assists. Braydon Kiser had four tackles, all assists. Zane Cooper (one solo, two assists), Cason Adams (three assists), Underwood (all solo) and Cales (two solo, one assist) had three tackles each. Zach Wellman (two assists), Izack Messer (one and one), and Ethan Moore (one and one) had two tackles each. Isaac Boggs also had two tackles, both solo. Kozee, Dustin Hall, Evan Goodman, Ryan Carter, Skyler McCormick, Bobby Flaugher, and Ashton Moore all had a tackle each, with Kanyon, Goodman, and McCormick bringing their opponents down on their own.