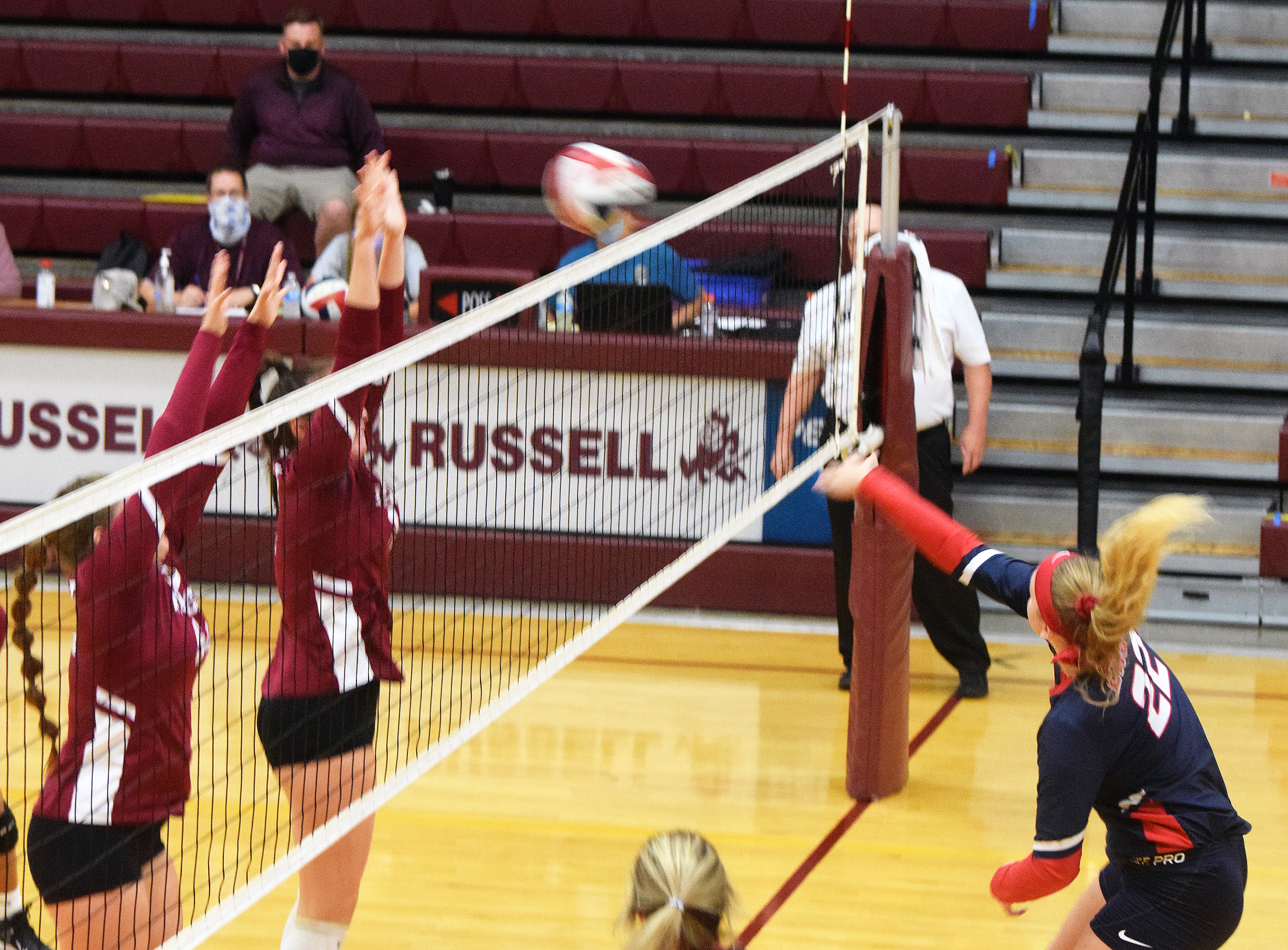 The Lady Raiders got of to quick starts in the first two sets.

Three kills by Jascie Greene and two aces from Kileigh Boggs got East out to a 5-1 lead in the first set.

Russell fought back to take a 12-8 lead, but East came back fighting.

An ace by Alexis Thompson and kills by Madison Gollihue and Alyssa Navarre drew the Lady Raiders even at 13.

Then Russell’s size took over. Russell had nine kills in 12-2 run to end the set.

East got off to another good start on the next set. Kills by Gollihue and Greene and a pair of aces by Gollihue gave East a 7-1 lead. One again. Russell gained the lead at 11-10. That was the first of five lead changes, which had Russell (7-2) on top, 22-21.

However, East (5-2) scored the final four points for the win.

The final two sets were all Russell. The hosts recorded 23 kills and served 10 aces.