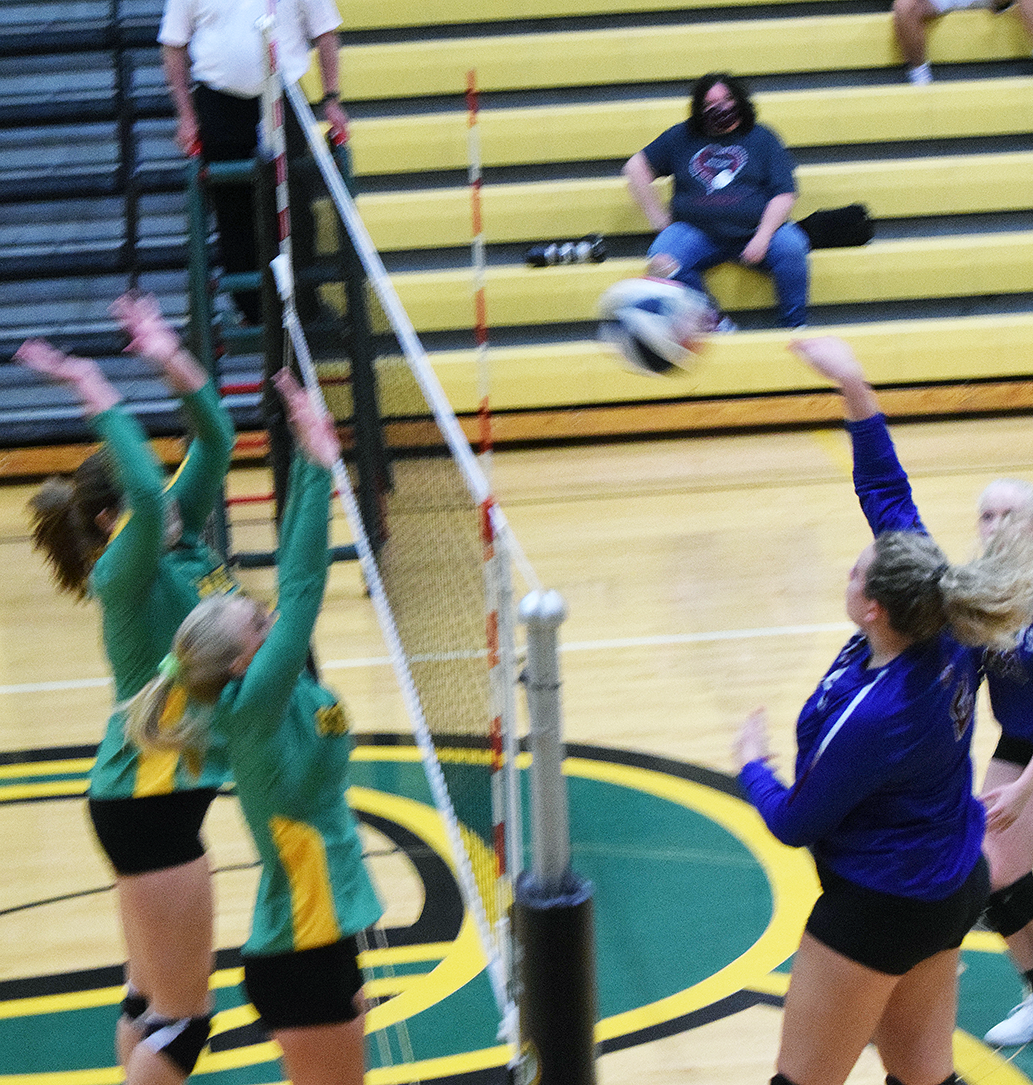 In the third set, Greenup County twice served for match point, but in each the Musketeers failed to get the ball over the net. The second mistake tied the game at 27 and a kill by Peyton Steagall gave West the lead. Hailey James then served an ace and the Lady Comets had won the set and were still alive.

West won the fourth set relatively easily. Back-to-back kills by Jenna James and Rebecca Stevens gave the Lady Comets a 10-point lead, 21-11.Greenup County rallied getting within four at 23-19, but a kill by Steagall stopped the run. Looking for set point, Greenup County broke West’s serve. However, another Steagall kill wrapped up the set and evened the match at 2-2

West was in trouble in the deciding fifth set. Greenup County scored the first four points. The Lady Comets caught up at seven. Greenup County went back in front on a kill by Makenna Munn. Steagall answered with two kills. A hitting error by Greenup County gave West a 10-8 lead.

The first went by the wayside on a service error. The Lady Comets didn’t waste the second. Steagall drove the ball to the floor off a pass from Madison Adkins for the win.

The Lady Comets got in trouble in the opening three sets by not keeping the ball on the court. They had a total of 29 kills in the three sets. However, they gave up 29 points by hitting kill attempts into the net or out of bounds.

They gave up another 10 points on serves they failed to put in play.

They cut those numbers drastically over the final two sets. They had just two hitting errors and only one service fault in the fifth set.

Greenup County was seeking it first win over a team other than 63rd District foes Raceland and Lewis County. They have beaten both of those teams twice