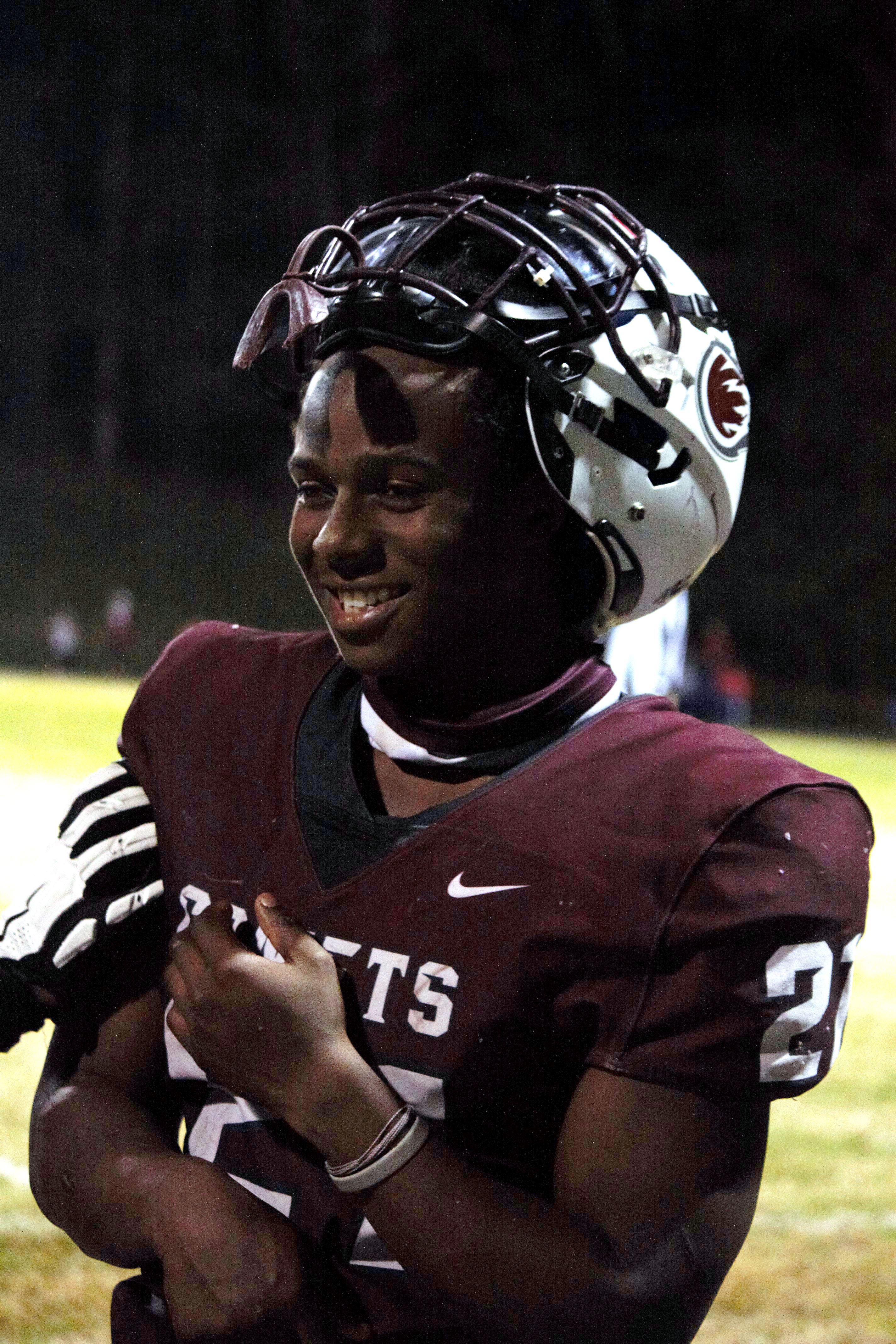 Boone County started out strong, and West Carter had two of their touchdowns called back in the second half, but none of that was enough to slow the Comets momentum as they triumphed over the Rebels for their sixth win of the season.

Boone County’s Braden McCarty scored the first touchdown of the game, on a 43 yard run with 5:54 left in the quarter. The Rebels’ attempt at an extra point kick failed, however, ending the first quarter with a score of 0-6.

Boone scored first in the second quarter as well. Marquis Washington scored the second touchdown of the game, on a 46 yard interception on the return, with Chris Cropper making good on his kick to take the score to 0-13, but this would be the last touchdown the Comets would let Boone County score.

Before the first half ended West Carter would snap back, tying up the game on two Leetavious Cline touchdowns. The first was on a one yard advance, with 3:29 left in the quarter. The kick failed on that one. But Garrett Wolfe made good on his second kick after Cline scored his second touchdown a minute later – at 2:24 left on the clock – on a 50 yard run after a Boone fumble on the return.

Cline scored again early in the third quarter, on a 60 yard run, with Wolfe’s kick good to take the score to 20-13. Cline scored the second TD of the quarter, his fourth of the game, with 6:36 left on the clock. Wolfe’s kick was blocked, though, putting the score at 26-13.

Neither team scored in the fourth quarter.

Cline had 26 carries for 202 yards and Blake McGlone had an interception in the second quarter to setup Cline’s first touchdown of the game. The team had two touchdowns called back in the second half , but allowed -2 yards rushing in that half to hold Boone scoreless.

Inclement weather delayed the game for an hour and 15 minutes, because of lightning.