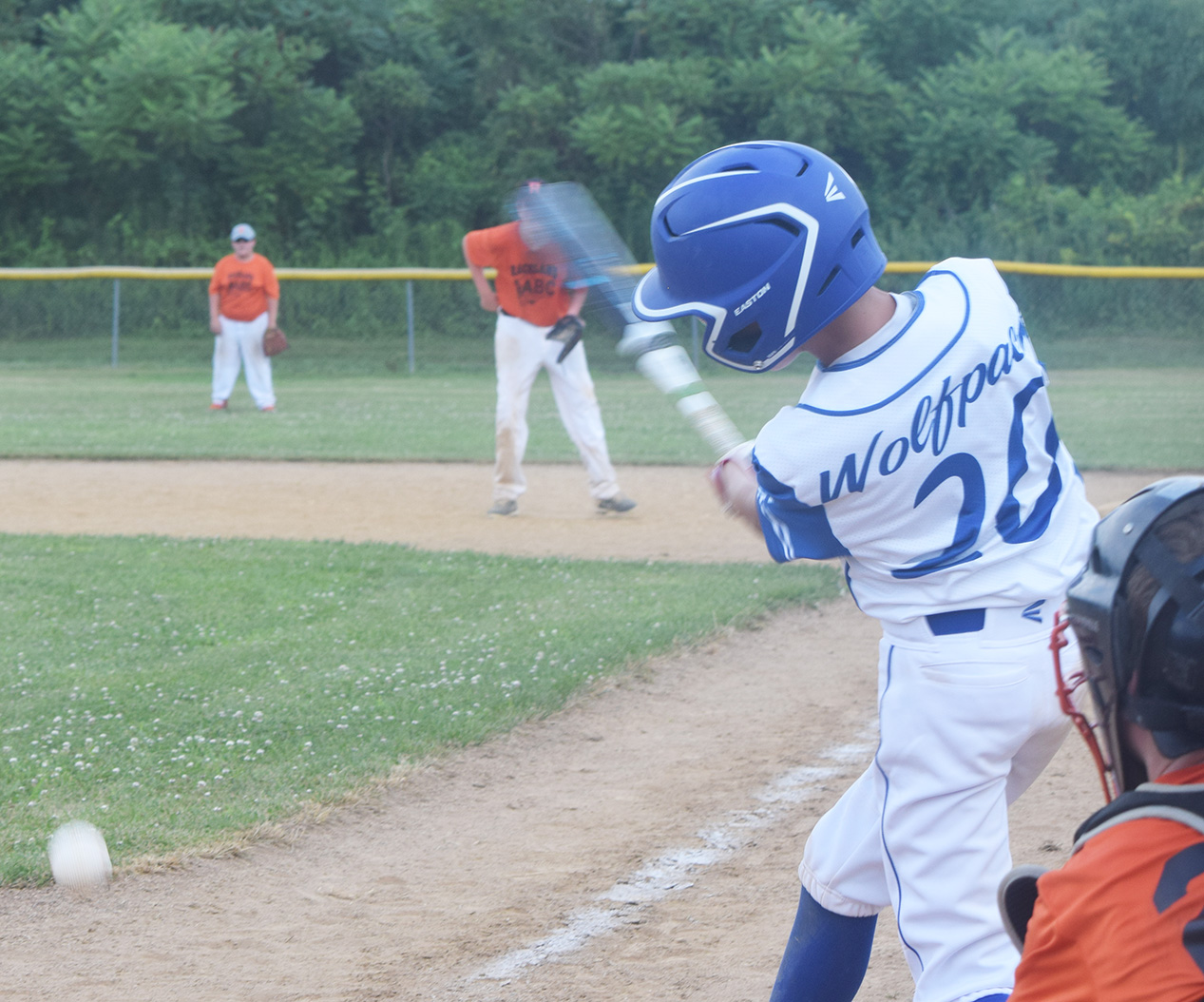 Grayson team dominates 12 and under tournament

By: Mason Branham
for the Carter County Times

WORTHINGTON – The Russell River Cats had more hits, but they surrendered too many free passes in the first two innings Friday, July 3, and lost to the Grayson Wolfpack, 8-3, in the opening game of the Back to Baseball Tournament for 12 and under teams.

The River Cats collected seven hits in the game, which was stopped at the end of four innings due to the time limit. Three of the River Cats’ hits went for two bases.

The Wolfpack managed just three hits, but they were all in the opening two frames. Russell pitchers walked six and hit a batter in those two innings. They also uncorked three wild pitches.

The Wolfpack’s Sawyer Hatfield doubled to open the game. The next two batters were walked. All three scored on wild pitches.

The next four batters walked or were hit by a pitch. Three runs scored. A sacrifice fly by Jay Timberlake drove in another run for a 7-1 lead.

Back-to-back Russell errors led to the final Grayson tally in the fourth.

Caden Mitchell walked to open the River Cats’ half of the first inning. Following a double by Jacob Tolliver, Mitchell scored on a wild pitch.

However, Tolliver was retired trying to score on a pitch that went to the backstop. Tolliver was the first of two River Cats runners cut down at the plate.

Russell had a walk and a double by Brady Boggs in the second inning, but failed to score.

Criswell singled with two out in the Russell third stanza. He moved to third base on Keoni Ancheta’s ground rule double.

Alex Harr singled home Criswell, but Ancheta was thrown out as he tried to score from second base.

Boggs singled for his second hit of the game. After stealing second and third bases, he came home on a wild pitch.

The Wolfpack finished the tournament undefeated when they took the win over host Raceland, 11-1, Sunday to wrap up the championship.

Colton McGuire tossed a two-hitter for the Wolfpack.

Wolfpack started the game bunting. Lead-off batter Sawyer Hatfield beat out a bunt for a hit. Logan Rice sacrificed Hatfield to second base and was safe on an error.

Grant McComas and Jay Timberlake reached on errors with two runs scoring. Van Green drove in the third run of the inning with a ground out.

The Ramblers cut the lead to 3-1 in the top of the third inning. Aiden Shaffer walked to open the stanza. Then moved around the bases with a steal, passed ball and wild pitch.

Sam Lynd also walked later in the inning, but was stranded at second base.

The first two Wolfpack hitters reached base on errors in the bottom of the frame. An error and a stolen base put Rice at second base. He scored when McComas again reached base as the result of a Rambler error.

Jay Timberlake singled home the second run of the inning. Tyler Cordial followed with a hit.

McGuire helped his own cause with a two-run single.

A ground out by Trevor Layne made the score, 8-1.

Hatfield’s second hit drove home McGuire with the sixth run of the inning.

Braden King opened the Raceland fourth inning with a clean hit. He swiped second and third bases, but was stranded as McGuire struck out the final two Raceland batters of the inning.

The first four Wolfpack batters in the fourth inning reached base with two scoring to end the game.

McGuire ended the game with his second hit. He drove home three runs in the game.