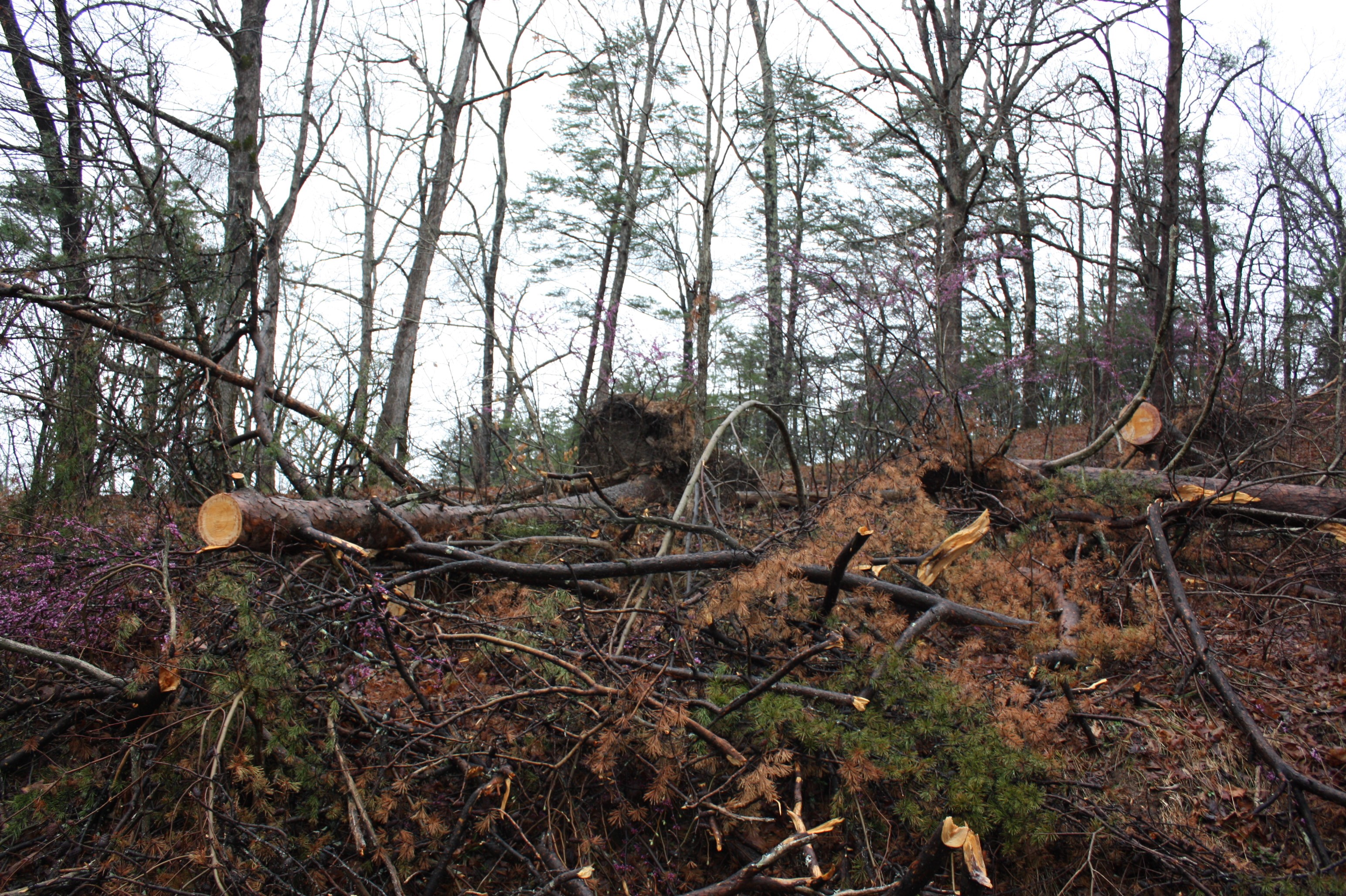 Two weeks ago, the county was discussing terminating their contract with debris cleanup specialists Southern Disaster Recovery (SDR). In one week, however, the company was able to turn things around to the satisfaction of cleanup managers John McDavid and Scott Greenhill and the county is satisfied with the progress being made.

The county set the ultimatum in a special session on Monday, May 24. The magistrates were supposed to meet with McDavid, Greenhill, and representatives of SDR at that meeting. SDR representatives, however, failed to show over the course of the meeting.

McDavid and Greenhill explained their concerns with the court at that meeting, including complaints about incomplete work – complaints that were echoed by phone calls and complaints to magistrates from citizens in their districts.

After discussing the issues at that meeting the court moved to adopt a resolution giving the company one work week to perform to the satisfaction of McDavid and Greenhill, or they would move to terminate their contract with the company and find someone else to complete the work. If necessary, they said at the time, they would reconvene after the Memorial Day holiday to begin the process of terminating the contract.

That ended up being unnecessary, though.

“We’ve spoken to the two project managers, John McDavid of Grayson and Scott Greenhill of Olive Hill, who are quite pleased with the reorganization,” Judge Executive Mike Malone told the Times. “I and the members of the court are happy as well.”

Malone said the progress can now be directly seen and observed, and that they can guarantee residents that crews won’t leave until their roads are clear.

“The effort was completely reorganized by John and Scott with the purpose of working each road completely and finishing an entire area before moving on,” Malone added.

But, he continued, though they are happy with the new direction, they know there is still a lot of work to complete.

“We see big improvements,” he said, “and want everyone to understand this is a huge project, with ten or more crews working seven days a week – weather permitting.”