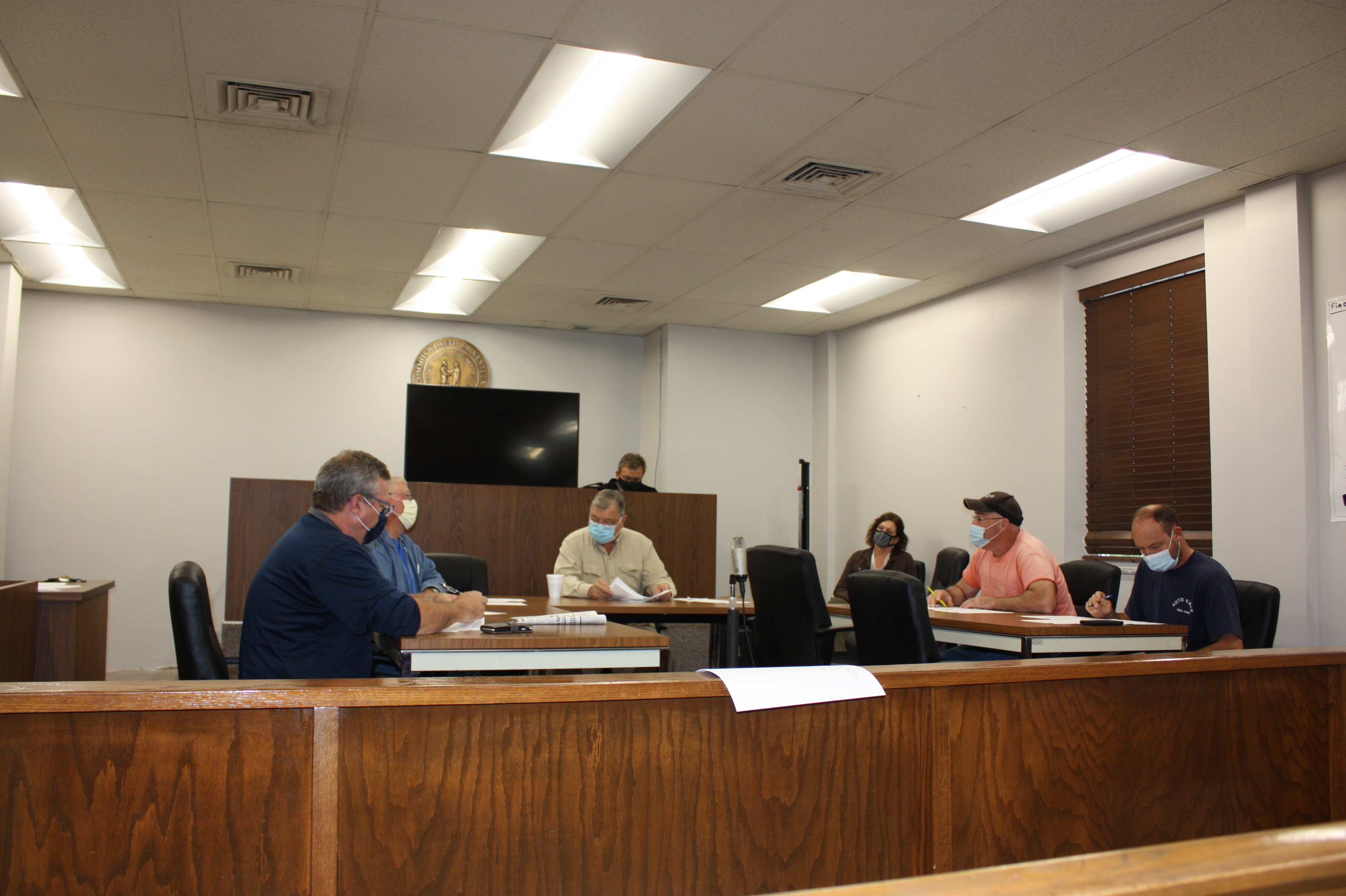 Pay raises weren’t explicitly on the budget for last Thursday’s special session, but they’ve been on the minds of department heads since before a request from jailer R.W. Boggs to increase starting pay for his staff at a recent meeting. However, that request from Boggs, which would come out of his existing budget at no cost to the county, prompted further discussion about the impact of approving a starting pay increase – and associated pay bumps – across departments.

Judge Executive Mike Malone said one thing he would like to do is look at the rates for various positions in surrounding counties and determine an average for the region, adding that if the county didn’t become more competitive with their pay, they were going to continue losing talent to other counties and other positions.

“We’re either going to be competitive, or we’re going to lose people,” Malone said.

He said he wants to consider different strategies for growing those wages over the next couple of years. The question, though, he said, is “How do we get there?”

That, he said, is what fiscal court needs to consider between now and the new fiscal year. In the meantime, however, the county has other issues to consider, including “up to $10 million in FEMA bills” in the aftermath of ice storms and flooding.

In other action, the court heard from residents of Pleasant Valley Avenue about having a portion of that road removed from the county road system, a process which was started during their previous regular meeting.

They also heard from E911 on issues related to a new dispatch building, pay for dispatchers, and a study for radio repeaters. While the court was not willing to address any further payroll issues at present, Malone told E911 director Joseph Lambert that when the 911 Board made a decision on a new building, the county would support that decision.

Lambert also updated the county on the status of the new generation 911 system, which includes precise addresses and a new “z” axis, in addition to the typical “x” and “y” axes, which gives first responders information on elevation in addition to location on a flat map.

Emergency management discussed income from billing for costs associated with accidents on I-64, and requested permission to purchase a 2015 Dodge Ram truck at a cost of $17,500 which the court approved.

The court continued to discuss vehicles with Carter County Sheriff Jeff May. May said his department was also looking at purchasing another SUV or truck, to replace one that was totaled in an accident, but that because of the truck shortage they were having a difficult time finding one that suited their needs. The sheriff’s office explained that they need a truck with extra clearance because of  rugged conditions at some of the locations where they must travel to do their work.

The court also approved the purchase of a new SUV from the jail fund, authorizing Boggs to sign a check for the purchase in an amount up to $39,000.