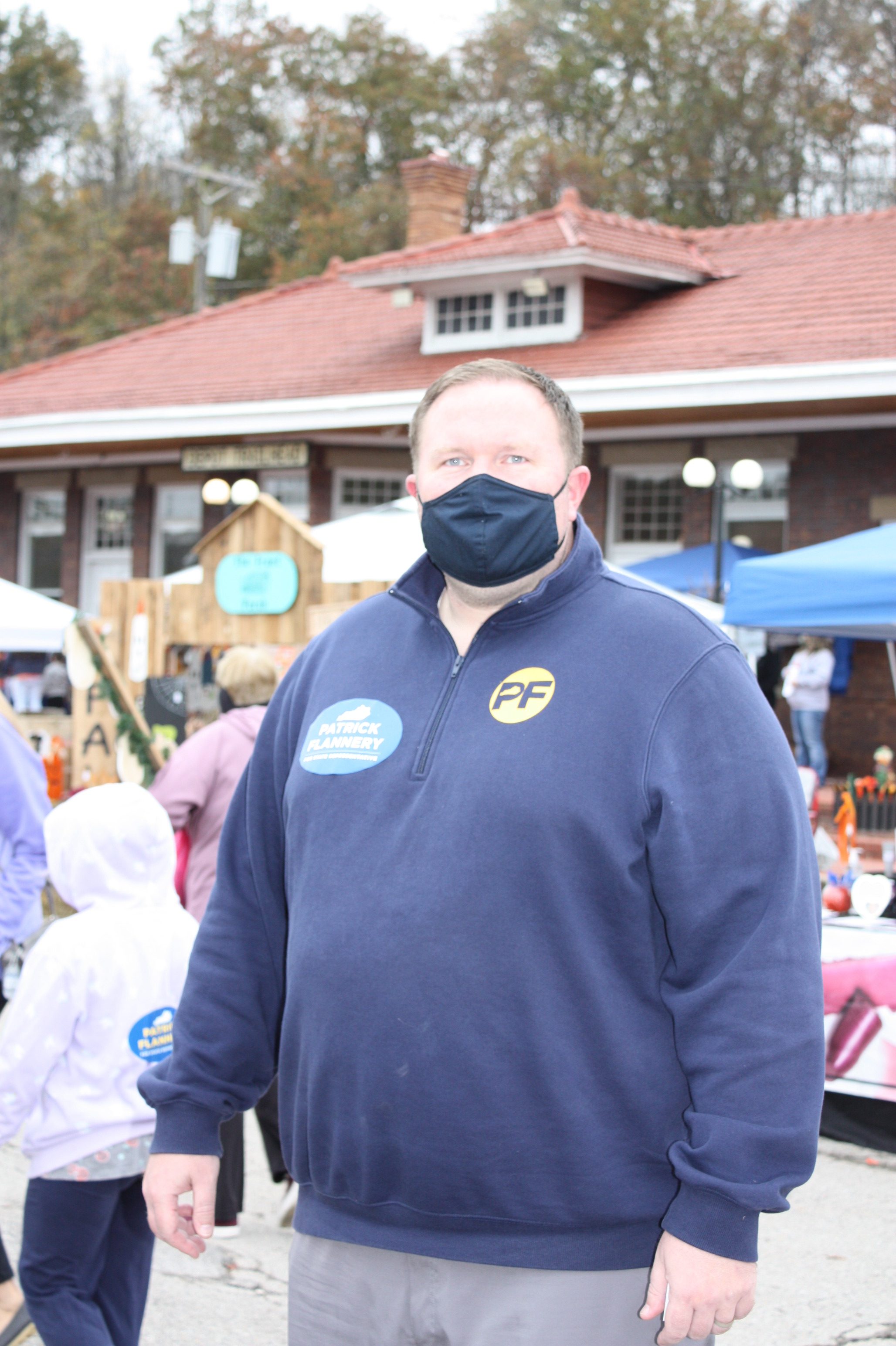 Patrick Flannery says as state representative he’d work to create new opportunities for Carter and Lawrence Counties and champion conservative values that he feels the region believes in and incumbent representative Kathy Hinkle has failed to deliver on.

“She’s not representing the values of the district and is an ineffective legislator,” Flannery said. He said her actions in Frankfort have been, “contrary to what people want and to her own campaign promises from 2018.”

He said these include supporting pro-life and second amendment issues.

“She’s voted against constitutional carry, and that was probably the most important gun rights legislation in years,” he said. “She doesn’t support the rights of citizens to participate in concealed carry. She refused to vote in favor of a very important pro-life bill. She’s refused to fill out the survey of Kentucky Right to Life. They’ve endorsed me in this race. I’m also the only candidate with an A rating from the NRA.”

“I feel like we need a conservative voice,” he continued. “That’s what the people in Lawrence and Carter County want. They don’t have a champion now. They want someone who will support pro-life and second amendment issues. Beyond that most people want to have a legislator that is in a position to deliver for the district.”

He said as part of a Republican super majority in the legislature, he’d be in a better position to deliver those things for the district. He said he’d also be “more accessible” as a legislator than Hinkle has been.

“I’ll be in a better position to deliver being in the Republican majority. When money is delivered, I’ll have a seat at the table,” he said.

One of the projects he’d like to see state money focused on is “connecting the dots” between state parks in our region, ATV and horse trails, and other outdoor activities. Camping opportunities are also a part of Flannery’s vision for increasing interest in and travel to the region.

“I think one of the things, as far as locally, is it’s important to be realistic,” he said. “But one of the things that I think could work in Carter and Lawrence Counties, that we’ve already started to work on, is a network of trails for horses, ATVs and side-by-sides. We have an enormous number of state parks in this area. We have a lot of historical trail systems. I’d really like to take all of this to the next level, to find a way to connect the dots between all these state parks. I think that would be a tremendous way to take what has been started with Trail Town in Olive Hill and take it to the next level. It’s an opportunity to improve tourism.”

Improving tourism and travel to the region, he said, would also support businesses that cater to those travelers. Places like restaurants, camping and outdoor suppliers, gift shops, and other entertainment opportunities could all benefit from the increased attention, Flannery said.

“I believe we’ve got the infrastructure already in place… we just have to make a concerted effort,” he continued. “Both counties have the scenic beauty and the state parks. You have people that love riding horseback. You have folks that enjoy ATVs. I think we can find ways to accommodate both. It’s an opportunity that needs to be worked on. It needs to be a concerted effort, regionally, and a lot of the first steps have already been taken. But it’s something that I truly believe can be accomplished.”

He said incorporating the existing trails with camping, kayaking, and hiking could expose visitors and locals to scenic beauty they’ve never seen before. Another aspect would be to take advantage of the railroad beds that are already established through rugged and rural parts of both counties.

“It all kind of fits together for me,” Flannery said. “You can find ways to build these trails to ride creek side. To open up beautiful country that no one has seen before. Let people explore trails and give them a place to park their campers. I think we’ve got to take all the good things that have been done (like Trail Town), and take it to the next level. Take advantage of everything we already have.”

“It’s not something that’s going to be done in a couple of months, but it’s something I’d like to focus on as a near future goal,” he said.

He noted neither county is too far from the Ohio River, and that the Little Sandy River, the Jenny Wiley Trail, and places like Greenbo in nearby Greenup County and Cave Run could all help contribute to a regional experience.

“Ultimately, we’ve got to provide an experience they can’t get anywhere else,” he said. “I believe we’ve got the ability to do that, it’s just incorporating these historical trails, railroad beds, and our creeks and rivers. There is an opportunity to have a huge network of trails. If all that were to happen, I truly believe you’d see some small business development.”

In addition to his plans for developing regional tourism, Flannery pointed to his previous experience as a county attorney for Carter County and other elected positions.

“I was elected, in 2010, the youngest elected prosecutor in the state,” he said. “I’ve also served as a hearing office, on multiple… administrative cases.”

He said he knows improving roads in the region is important not only to locals, but also to any future tourism development, and that as part of the Republican majority he would be in a position to help distribute more state road funds for the region.

“Absolutely, to some degree (I could free up road funds). I think some of these people are frustrated with the conditions they find the roads in,” he said. “Two of the things that state and local government should focus on are schools and roads.”