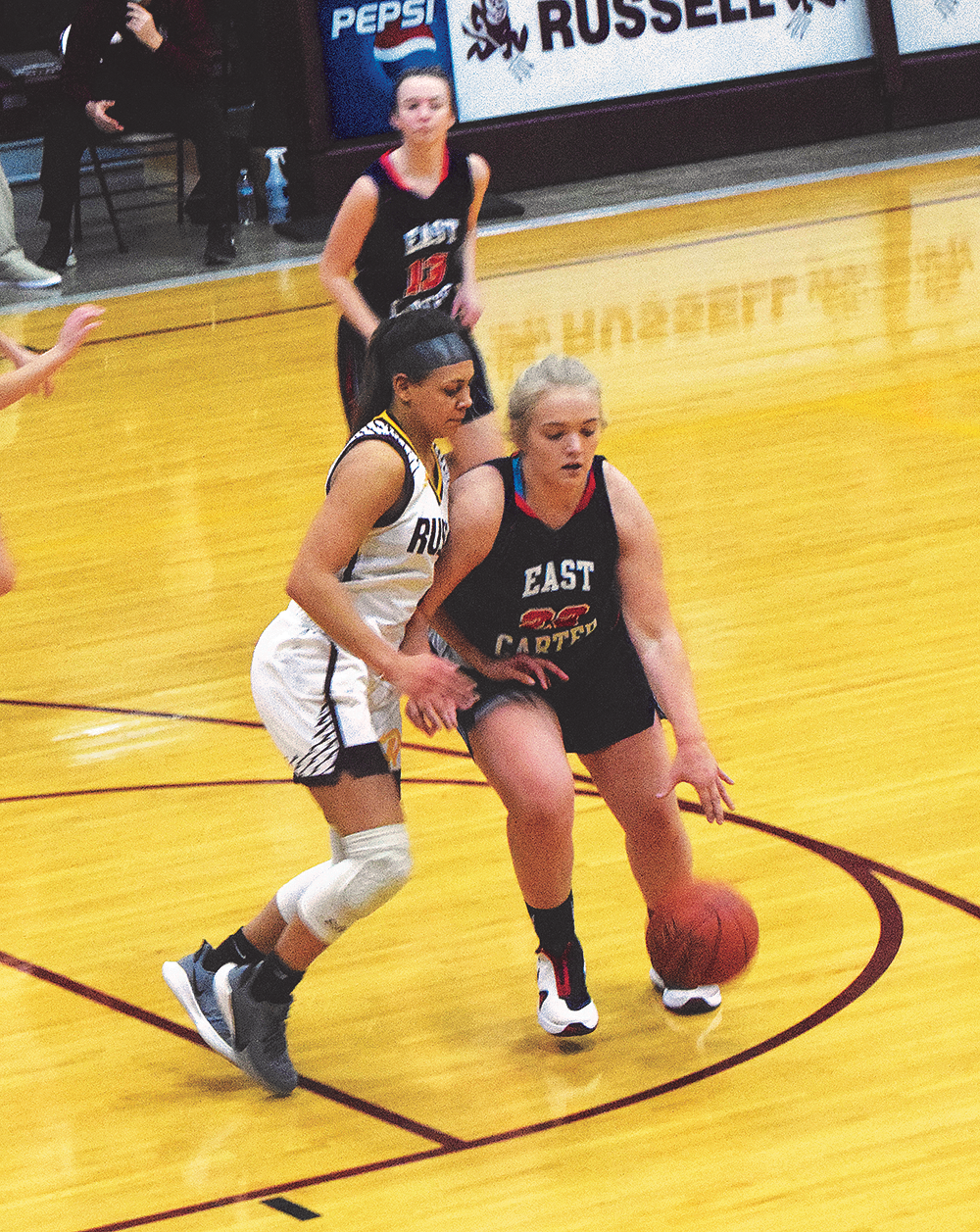 FLATWOODS – East Carter could not solve the Russell defenses Monday, March 1. The Lady Raiders scored a season low 26 points in a 64-26 loss.

They were held to three-point and long two-point tries in the second quarter when Russell took control of the game.

Russell built a 12-5 lead in the first quarter. However, a pair of free throws by Jaelyn Steele and a three from Maci Moore ended the half with East down two, 12-10. Moore made the only East three in 14 attempts.

The Lady Raiders made four turnovers in the opening three minutes of the second period and Russell took advantage, scoring seven points before an East time out at the 5:03 mark.

When action resumed, Russell scored the next four points for a 23-10 lead.

However, a rebound of a missed Russell foul shots and put back basket by Aubrey Hill expanded the Russell lead to 28-12.

Jascie Greene put back a missed East shot with 1:44 left in the half.

Later, Makyla Waggoner later added a free throw and a basket, but Russell’s Hannah Sanders closed out the scoring with the hosts leading, 34-17.

Things did not get any better for East in the third quarter. Aubrey Hill scored to open the stanza. Sarah Tussey answered for the Lady Raiders.

East did not score again until Avery Hall’s free throw with 13 seconds left in the period. Between the East score, Russell put up 15 points.

Included among the points was career point 1,000 for Hill, a major accomplishment for the senior. She twice suffered season-ending injuries, early in the season, plus Russell playing fewer games than normal due to COVID-19.

Sanders hit a three to end the quarter with Russell, leading, 54-20.

The reserves played the fourth quarter with both teams scoring six points.

East’s record went to 3-6. Elliott County is the only 16th Region team to play fewer games than the Lady Raiders.

The game with East was the sixth for Russell in nine days. They won all six to go to 11-4 on the season.