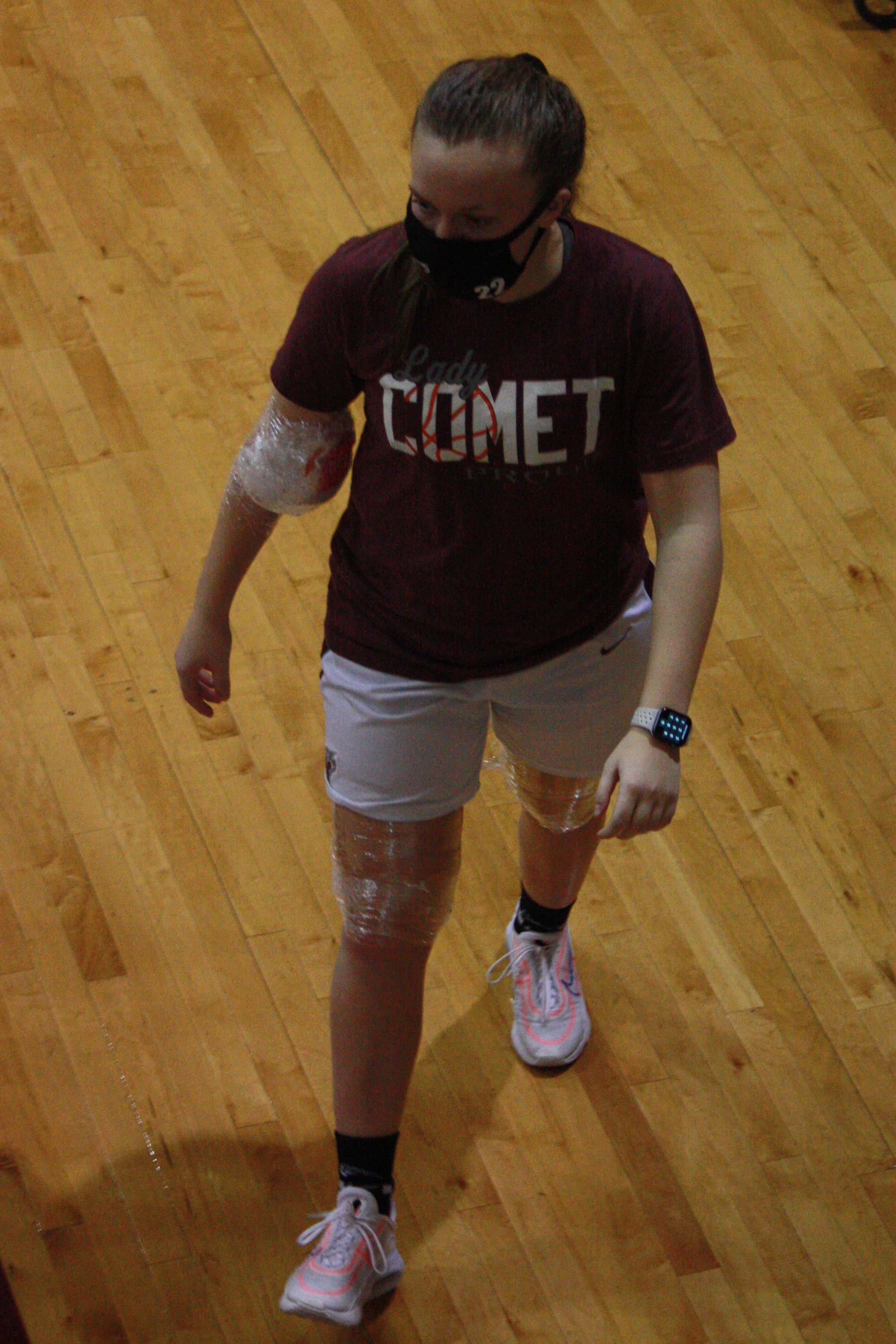 The West Carter Lady Comets won their first game in All A Classic state play against the Bishop Brossart Lady Stangs, but their next two games – a regular season game against Ashland Paul Blazer and an All A game against Walton-Verona – ended in losses for the West Carter team.

West ended their first quarter against Bishop Brossart last Wednesday up by three, 12-9, and would maintain their lead, and ride it to a ten point victory, despite a third quarter rally by the Lady Stangs that threatened to turn things around.

In the second quarter West Carter added 19 points to their score, and Bishop Brossart 11, taking the score to 31-20.

In the third quarter the Lady Comets only added six points, getting outscored by nine points in a late game rally that brought Bishop Brossart within a basket of tying, ending the quarter 37-35.

But in the final quarter the West Carter team got their groove back, scoring 16 points to Bishop Brossart’s eight points, bringing the final score to 53-43.

Allie Stone would turn in ten two-point baskets and eight free-throws, for 28 total points, the most of any player on the West Carter team. Beth Middleton was next with ten points on four goals and two free throws. Kylie Gilliam turned in seven points on a two -pointer, three-pointer, and pair of free throws. Millie Henderson had a three-pointer and a two-point goal for five points, and Kara Jordan rounded out the Lady Comets total with three free throw points.

The Lady Comets luck broke, though, the next evening in a 42-51 loss to Ashland Paul Blazer and didn’t return for the next round of the All A Classic against Walton-Verona. West Carter lost that game in a dramatic 62-32 blowout from the Lady Bearcats.

The Lady Comets were scheduled to face off next against the East Carter team on Tuesday night. That outcome was unavailable at press time.