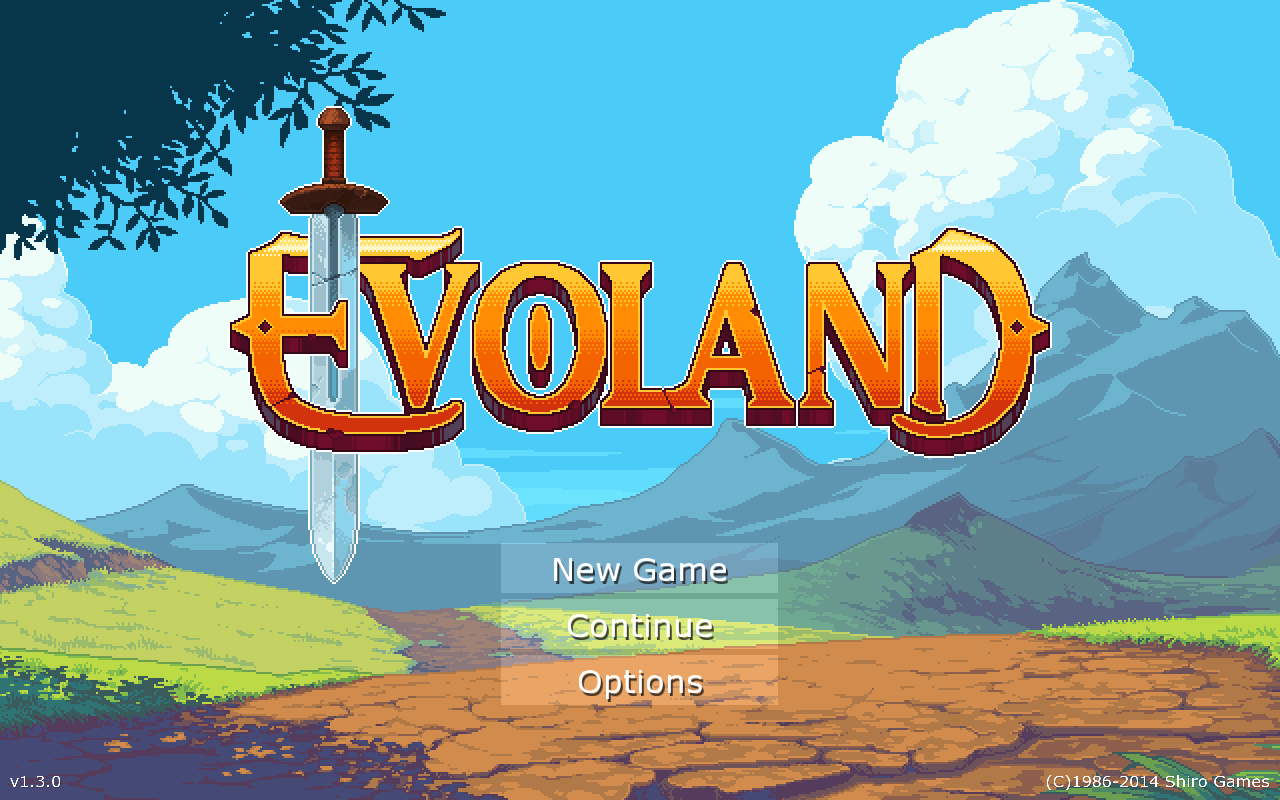 It’s become a common trope in reviewing remakes, reboots, and retro themed games to call them “love letters” to a franchise or a gaming generation – almost to the point of cliché.

But, with Evoland, well… What can I say? The heart wants what the heart wants, and in the case of Evoland creator Nicolas Cannasse and developer Shiro Games, that heart wanted to celebrate ALL of the different eras, graphical changes, gameplay styles, and other trends that make up the best fantasy adventure games and RPGs since the beginning of video gaming.

There are heavy nods to Nintendo’s Legend of Zelda series in the game, with additional nods to early, turn-based fighting games like Final Fantasy and Dragon Quest and even a little Diablo thrown in for good measure. But at it’s heart Evoland is a fantasy adventure game and – gameplay wise – it plays that role well.

There are environmental puzzles to figure out, obstacles that require observation and rhythm, enemies that can only be killed with carefully timed attacks and/or from specific striking angles, and enemies that can’t be killed at all. There are obviously “hidden” areas and not-so-hidden areas that you can’t reach – taunting you to return once you’ve found an upgrade or new ability.

There are, of course, collectibles too. There are stars to collect in each level and map area, and cards to collect for an in-game card game that you can eventually play in addition to the main story line. These are found in the same chests that give you graphic, gameplay, and other in-game upgrades. (The same, often out-of-reach, chests that will prompt you to return to areas after you receive upgrades to see if you can finally reach them.)

If you’ve enjoyed the games that helped inspire it – particularly anything from the Legend of Zelda franchise – Evoland is worth checking out. It’s a fun little romp. For those who’ve played early games in the fantasy adventure/RPG genre it pushes all the right nostalgia buttons without burdening you with any one old-school art style or game mechanic too long before moving on to something new. For younger players who’ve never experienced the older games, it’s a nice introduction to what gaming used to be for their parents growing up – and how exciting it was when new console generations came along and improved the experience.

Evoland is rated E 10+, for everyone age ten and older, for fantasy violence, mild language, and use of alcohol. The game is available on Windows and Linux for PC, Android and iPhone mobile platforms, and PlayStation 4, Xbox One, and Nintendo Switch consoles.