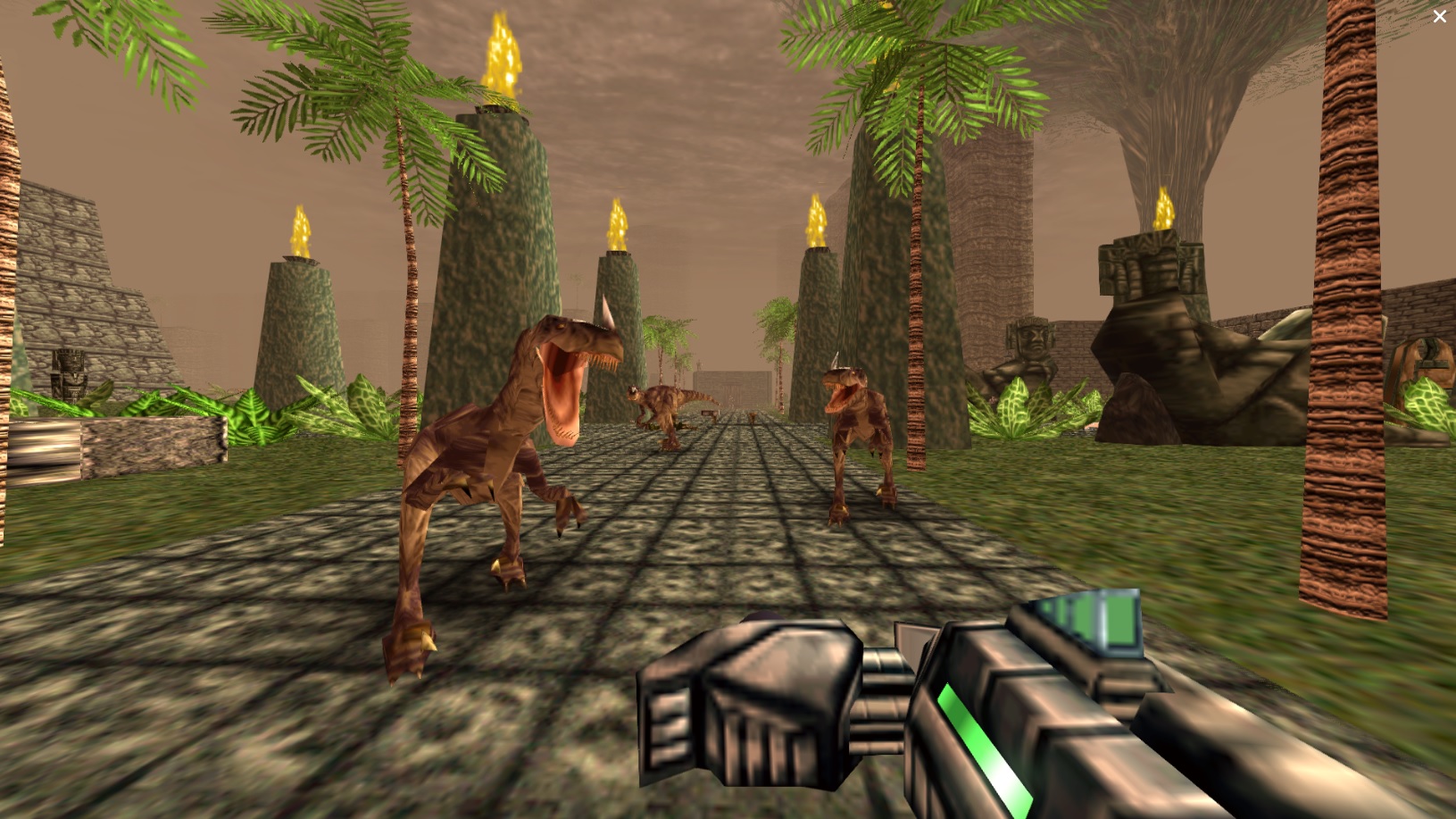 Before I started collecting comics on my own, I had a few of my dad’s old comic books he gave to me. Among them were some 1960s Turok, Son of Stone comics from Gold Key. I read them over and over, taking great care not to damage them.

The premise of the comic was that Turok and his brother, Andar, were trapped in a Lost Valley where prehistoric life still existed. Each issue they dealt with the dangers of the prehistoric world they lived in while trying to find their way out of the valley and back home.

Or, at least, that is as deep as the issues available to me went.

Fast forward another decade and the newly minted Valiant Comics reintroduced Turok to the world in 1992, first in a Turok series that hurled Turok and Andar into the future, and introduced the concept of the bionically altered dinosaur. Then, a year later, in the relaunch title Turok: Dinosaur Hunter. In this series the Lost Valley became the Lost World, a time anomaly that draws in people and animals from different eras and then operates on a sort of independent time cycle.

While days go by in the Lost Valley, thousands of years pass in the outside world.

That’s how Turok finds himself in the far post-apocalyptic future, fighting robots and cyborgs and then, with his second Valiant title, back in the 1990s.

While I was an avid reader of the Turok comics – at least after jumping on with the Dinosaur Hunter relaunch – I had never played the Turok video game, or any of its sequels. I know it was a classic of the Nintendo 64 era. It’s one of my cousin’s favorite game, and considered a seminal console FPS (first person shooter). But by 1997 I was 22-years-old and in college. I wasn’t playing many video games, or reading as many comics. I remember thinking something like, “Oh, that looks cool,” when I saw the game ads in a comic, but not much more. It wasn’t enough to make me run out and by a Nintendo 64 (though a good Zelda ad might have).

For the next 24 years I didn’t think much about the Turok video game until I recently discovered I had a copy of it. The “remastered” version of the game came in one of the many bundles or services I own. Versions of it are available on Steam, through Amazon, and on PS4, Xbox One, and Nintendo Switch, as well as other platforms and storefronts.

The game is a “remastered” version, but that doesn’t mean the graphics don’t show their age. This is gaming in all its 64 bit glory; the kind of texture mapping that makes Minecraft look polished. In other words, cutting edge for the era. The dinosaurs and monsters aren’t too bad to look at. The humans, though, are truly monstrous.

You aren’t playing Turok to look at the hero, though, and you can pretend the human adversaries are anything but if it makes you feel better. They look rough enough to be demonic or robotic. The title is Turok: Dinosaur Hunter. You know what you’re here for. And, on that level, it’s a fun enough little retro romp.

As Turok you explore the map and look for keys to unlock each level. Along the way you collect new ammo types, new weapons, and encounter new enemies. And you shoot stuff in the face. I say “shoot stuff in the face” because the first thing you’re going to notice is that this game doesn’t make it easy for midrange shooting, much less sniping from a distance.

Changing weapons is easy, quick and intuitive. That’s a real plus for the game. But there is no sort of zoom or aiming reticle. If you are the type of shooter player who likes to run in and blast away with a shotgun or dance around and stab an enemy with a knife, you’ll do fine. If you want to hunker down behind cover and take out your enemies from a distance as you advance, you’re going to find the experience a bit more frustrating. Or at least I did, especially in the early stages before I had figured out how to start using the tip of my arrow to approximate an aiming strategy.

If you are someone who hasn’t played many games since 1997, and wants a burst of nostalgia, this could be a bit of retro fun. Same as an educational experience for kids who want to see if their parents really did play inherently harder games like they claim (pro-tip, we did).

But if you’ve kept up with shooters over the years, you might find some of the limitations frustrating. I kept wanting to hit the shoulder buttons to zoom the aim, as is standard in so many modern shooters, but one of them was mapped to the weapon swap and the other was a second mapping of the jump button. Early on I’d try to crouch and zoom only to hop up and draw fire.

I might go back and play a little more, just to make sure it doesn’t get any better as I improve my aim, but all in all this is a title that is better left in the Lost Valley. There are better shooters out there, in terms of both looks and controls, if that is what you are in the mood for.

Point is, if you come into this, come into it realizing what you are getting. It’s one of the best of its era, but its era – and that era’s shortcomings – are obvious and written all over the game. Caveat Emptor.