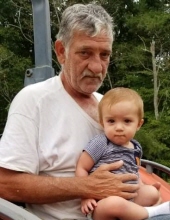 Mr. Holbrook was born on Thursday, September 7, 1961 in Elliott County, Kentucky to the late Luster and Annie Catherine Bear Holbrook.

Carson was a Union Lineman IBEW, he loved farming, staying at home and spending time with family, grandchildren and fur babies.

He is preceded in death by two brothers, Larry Holbrook and Wendell Holbrook. Two sisters, Bernice Maggard and Rosewood Richmond.

Due to COVID-19 regulations, we ask that everyone wear a mask and practice social distancing.