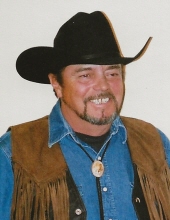 In addition to his parents, William is preceded in death by one daughter, Billie Stevens and two brothers Danny Stevens and David Stevens.

William was of the Baptist faith and loved working with his buddies and fishing. He enjoyed spending time with his family and especially with his grandchildren.

He is survived by his loving wife of 42 years, Lisa Ann Turner Stevens.

Funeral services will be held Wednesday, August 11, 2021 at 7 p.m. at the Globe Funeral Chapel in Olive Hill, Kentucky with Brother Bobby Day officiating.

Friends may visit after 5 p.m Wednesday, August 11, 202l until the service hour at Globe Funeral Chapel in Olive Hill, Kentucky.