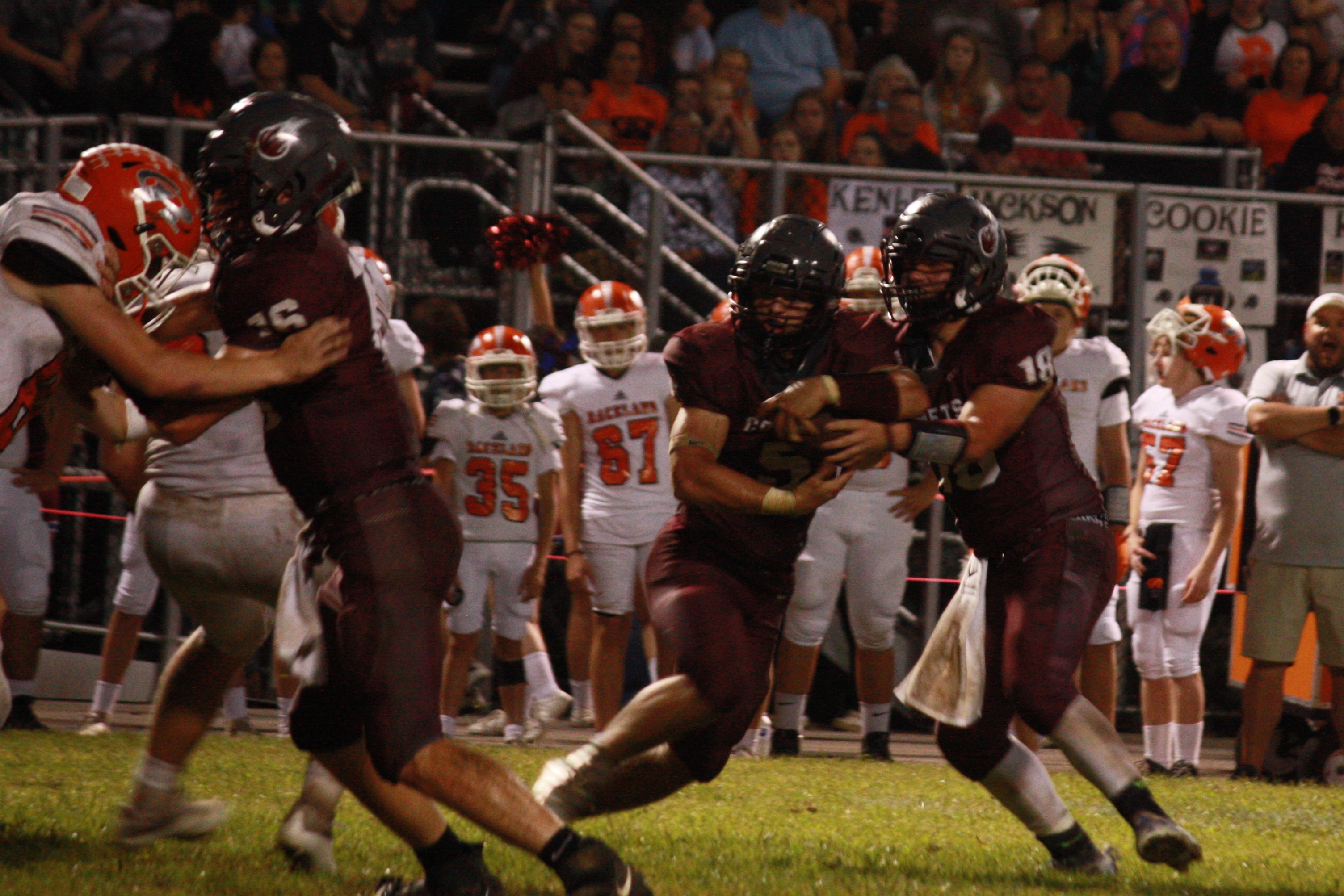 West Carter’s tumultuous season continued last Friday, as they struggled, and came up scoreless, against Raceland, ending the game 0-21 and putting the Comets at two wins and two losses for the season.

The Rams scored three times in the first half, on two passing touchdowns from Parker Fannin (10), and an interception return from Noah Wallace (2). Three good extra point kicks from Peyton Ison put Raceland where they;d stay the rest of the game.

Despite a strong back and forth game, neither team would come back to score in the second half. They did come close though, playing a tough back and forth game. West Carter’s Jackson Bond (22) took possession of the ball for a first down on the 48 yard line, and then got within 25 yards of the goal before turning over the ball to Raceland on a fumble.

Raceland’s own fumble, though, led to a West Carter recovery on the next play, taking reception on their opponent’s 40 yard line. The Raiders got within five yards of the goal before the clock ran out on the quarter.

They started the fourth quarter in scoring position, but they just couldn’t overcome the Raceland defense to cross the goal line.

Cole Crampton (5) rushed for 72 yards on 22 attemtps, Cade Oppenheimer (1) had nine yards on two attempts, and Estepp had seven yards on as many attempts.