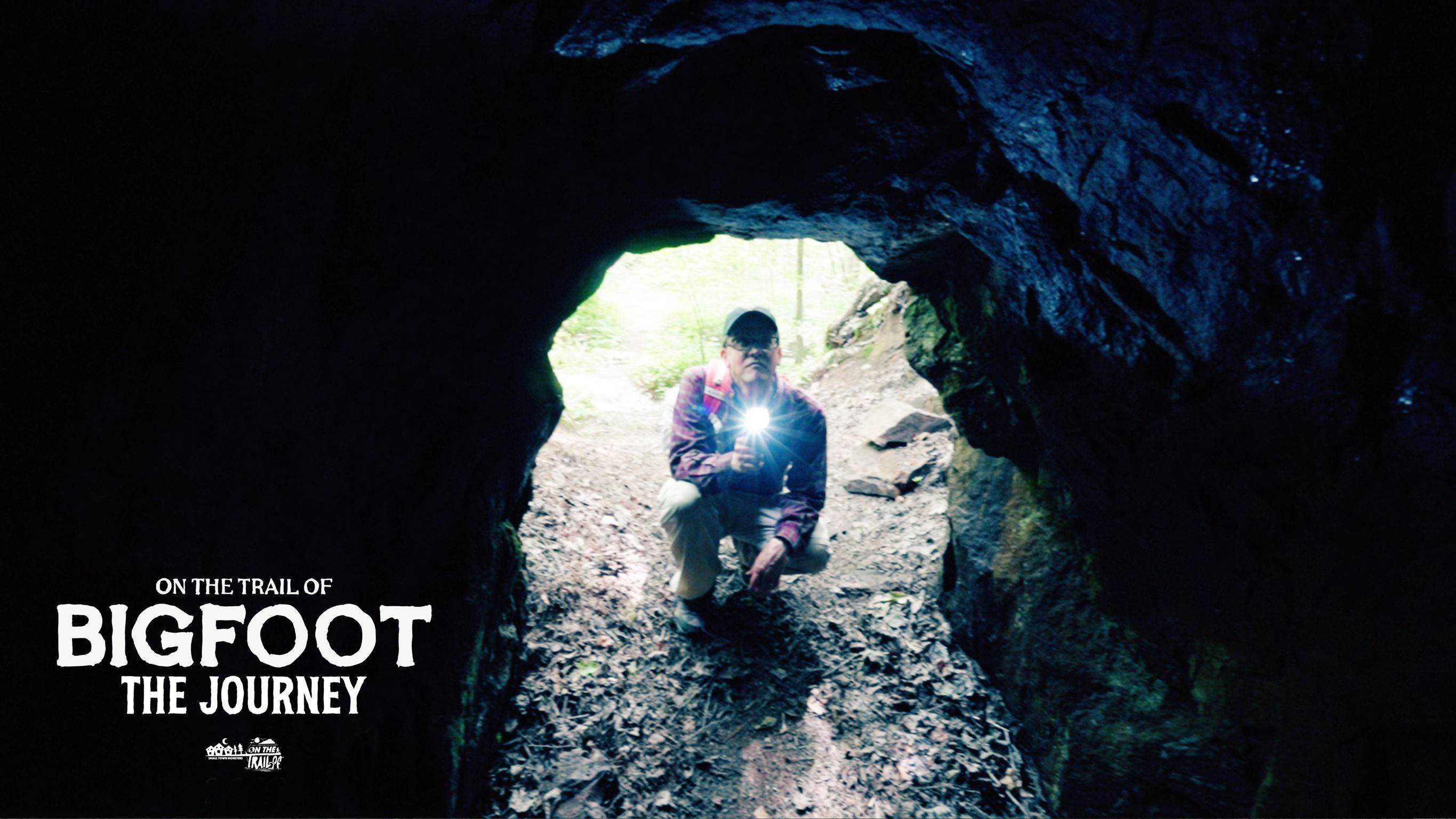 From the opening moments of On the Trail of Bigfoot: The Journey, you get the feeling it’s going to be a little different than the other Small Town Monsters productions.

Over the last several years, Small Town Monsters (STM) have released a number of films, on a variety of subjects from Bigfoot to Mothman to Dogmen and the weirdest of the weird in classic UFO sightings. But it all started with a trilogy of Bigfoot documentaries. Director/Producer Seth Breedlove and his crew have stayed busy since then, pumping out several films a year with the production value and content steadily improving.

But Whitehall, New York, and its Bigfoot sightings, the subject of Breedlove’s second film, the 2016 release Beast of Whitehall, has never really let go of the filmmaker. In his newest release, On the Trail of Bigfoot: The Journey, Breedlove returns to those upstate New York woodlands to explore the history and depth of reports from this region. Along the way he examines his own changing attitude towards Bigfoot phenomenon in what might just be his most personal film to date.

It’s an assessment of the film that Breedlove didn’t disagree with.

“Yeah, I’d say it’s the most personal things I’ve done, in that it draws so heavily on my interpretation of how events are unfolding over the course of the story,” the filmmaker told the Carter County Times. “There are films like Terror in the Skies that also feel really personal to me, but this one is very much about my experience with this trip we took and my read on how the world was when we started it.”

That world, when they started the film, was still in the grips of a pandemic that shut down work for a lot of people. Breedlove touches briefly on the anxiety we all felt during the depths of the pandemic, and on how his time in the field with friends, and any time spent in the woods, helps serve as a balm for that anxiety. But he then quickly moves into the subject at hand – Bigfoot sightings.

Even that feels, in some ways, much more intimate than his previous Bigfoot films. Part of that is hearing the content presented in Breedlove’s voice. Breedlove narrated the original On the Trail of Bigfoot series, but for the most part he’s worked with other narrators, particularly paranormal writer and researcher Lyle Blackburn. For On the Trail of Bigfoot: The Journey, though, he decided to pick up the narration duties again.

“I narrated the first series, and it was done in the same first-person style, but the story I was telling in that production wasn’t my own,” he explained. “I was basically narrating the history of Bigfoot and letting that be the focus of the initial series rather than my own interpretation of it. I think maybe the Area X episode of the original series was more from my (point of view).”

That episode features some footage of Breedlove after waking up in his tent to some unexplained noises, and his experiences inside Area X with Bigfoot research group the NAWAC, but otherwise isn’t about him. The Journey, however, is about his experiences, though this sort of intimate look into the filmmakers motivations and thoughts isn’t going to be the “new normal” for STM productions.

“I don’t know how often I’ll be narrating things this way either,” Breedlove said. “I know our next production in the Bigfoot series this year, The Discovery, will be less my story and I’ll be slipping back into simply storyteller mode.”

None of this means that there aren’t plenty of good stories, and historical accounts, in The Journey. Just that the focus is on how those stories inspired The Journey. Like all the STM productions, it’s definitely worth your time.

On the Trail of Bigfoot: The Journey, is available now on iTunes, Amazon, Vimeo, or wherever you stream and download your favorite movies. For more information, you can visit STM online at smalltownmonsters.com.