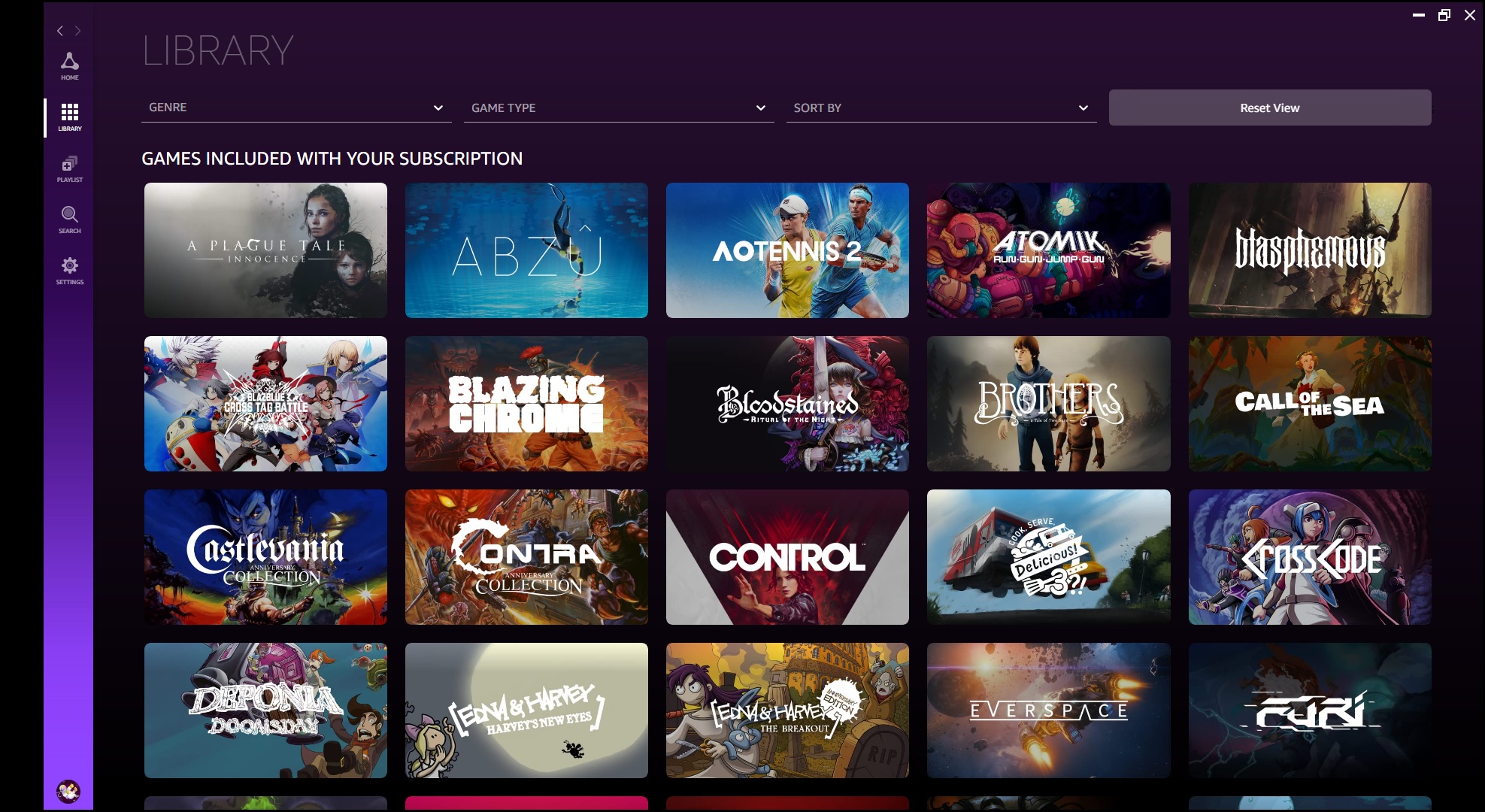 Don’t bet on it

Are streaming games the future? There are those who are betting on it. Google has Stadia, a dedicated streaming service. PlayStation has their PS Now service that lets you stream or download titles to your PlayStation console. Microsoft is also doing some experimentation with streaming, and both console manufacturers have services that let you stream from your console to a laptop or mobile device.

Despite Gamefly’s failed foray into streaming (they ended their streaming service in 2018) everyone seems to want some foothold in a future where you can play whatever games you want, on whatever device you want, wherever you want.

It could be great for gaming, in theory. It could democratize the space for gamers, giving folks access to a wide variety of titles for one price and letting them play no matter what type of computer they have at home or what type of phone they have in their pocket – as long as their internet service is up to par. More on that later.

It could also be good for creators. Given a space where publishers are selling subscriptions to entire catalogs rather than individual games, it could loosen up some of the corporate rigidity that keeps games tied to certain proven gameplay mechanics and themes ands keeps creators feeling hamstrung and creatively stunted.

It’s a model that has worked with video providers like Netflix and Hulu, who have won new viewers with their originals as well as their licensed content.

And it’s a model that Amazon, already a lead player in the streaming video arena too, is banking on with their new Luna streaming service. But, as a little time with Luna shows, Amazon still has a way to go before their streaming service really has the chops to threaten the traditional gaming market.

At first glance, Luna is intriguing. The monthly fee, at least now, is cheap – only $6 a month. But there isn’t a lot of compelling content for that price. You can get access to games from French publisher Ubisoft through Ubisoft + Channel for an added fee of $15 a month, but that’s a big jump over the base subscription price, and right now Ubisoft is the only publisher offering such access to their catalog of games through Amazon.

There are a couple of interesting games in the Luna + Channel library, though I noticed at least a few that were already free for me through the Prime gaming service that comes with every Amazon Prime account. Some of the others that weren’t in my Prime gaming catalog have been offered for free through Epic Games free offerings or other subscription services.

But, of course, those all require you to have a PC capable of running the game that you can download and play it on. They also require you to be seated at that PC or behind that laptop to play the game. The main point of a streaming service like Luna is that you can play it from anywhere, and on any machine. It doesn’t matter how much space you have on your hard drive. You don’t need a lot of processing speed. All the heavy lifting is being done by a server somewhere. You just need a good internet signal and enough RAM to stream the content.

Right now, Amazon isn’t delivering on that front either. I tried a few games on Luna – the Contra Anniversary Collection, Ghost of a Tale, Wonder Boy: The Dragon’s Trap – all had latency issues. There were issues with video quality and with audio on some games. Most importantly, there were significant delays between button inputs on my controller and actions on screen. I can deal with dropped frame-rates and lowered resolution if it means the gameplay experience itself isn’t negatively impacted. That’s part of dealing effectively with those fluctuations in connection speed, and it’s something Amazon needs to work on if Luna is going to be a viable service.

Amazon does have a suggestion for improving input lag though. Ditch your Xbox One or PS4 controller and shell out another $70 for the Luna controller! The Luna controller connects directly to Amazon’s cloud gaming servers, bypassing the device you are playing on for increased responsiveness, according to Amazon.

Of course that improvement isn’t going to make a huge difference as the controller, like whatever device you are streaming to, is using the same internet connection to transfer info from and into your home and the Amazon servers. If the controller itself is necessary to make the service playable, Amazon needs to rethink their service. Making it a necessary purchase is fine, it that is the route Amazon wants to go – but don’t offer support for other controllers if you are going to, at worst, purposefully hamstring them and, at best, inefficiently support them.

The problem with the service isn’t the controller, though, at least not as far as I can tell. The Luna controller and its direct connection is a gimmick. One that might have some appeal for fans of twitch gaming elements, but not the main issue.

Overall latency is. We have good internet service. Excellent internet service for the area. I regularly stream video content and play online games – in multiple rooms to multiple devices – with no issues. Yet even though I waited until everyone else was in bed and there were no other demands on my internet, I experienced latency issues with Luna.

Another issue with Luna is the lack of a mobile device app. There is a PC app, which is how I mainly used the service. There is also apparently an app for Amazon’s newer Fire TV devices – though not for my older Amazon Fire Arcade box, which already has an Amazon branded game controller with it that doesn’t work with the service. But there is no Android app. If you want to play your Luna library on an Android device you need to play it through the Chrome browser on the device.

This means that, unless your device is jail-broken or you’ve otherwise side-loaded the Google Play store, you can’t even play your Luna library on an Amazon Fire Tablet. These tablets, though they have Android guts under the Amazon veneer, don’t come with the Google Play Store or Chrome installed and you can’t get either from the Amazon app store. The only way to get them onto an Amazon tablet is by side-loading the APKs downloaded from a mirror site. While it’s not terribly complicated, it isn’t a process that walks the user through with “click here now” prompts and means that Amazon’s own devices aren’t out-of-the-box capable of running their own service at the moment.

This is a huge failure on their part, especially when they could easily remedy it in one of two ways – either create and distribute an Android app through their store that provides access to the game library, or add Google Chrome to their app store. They don’t even need to add access to the Google Play Store to grant their customers access through their devices, just add these items to their own store. (Though, ironically, the only way to get currently get their Luna controller app, so you can pair the controller with an Android phone, is to visit the Play store. That app isn’t available on the Amazon app store.)

There’s a lot of improvement needed. Granted, I’m playing in early access. Amazon could add some more intriguing games over the next couple of months, and make some technical improvements. If they’d add in some of the exclusives currently in development by their studios – possibly even bring back their short-lived MOBA shooter Crucible – I might be roped into paying my $5.99 a month for a bit, just to see where it was going. I’m already interested in those Amazon studios originals, and wouldn’t mind at all paying for access to them, if Amazon gets the technical issues fixed.

Until they do, though, I’ll stick with my cartridges, discs, and local installations.