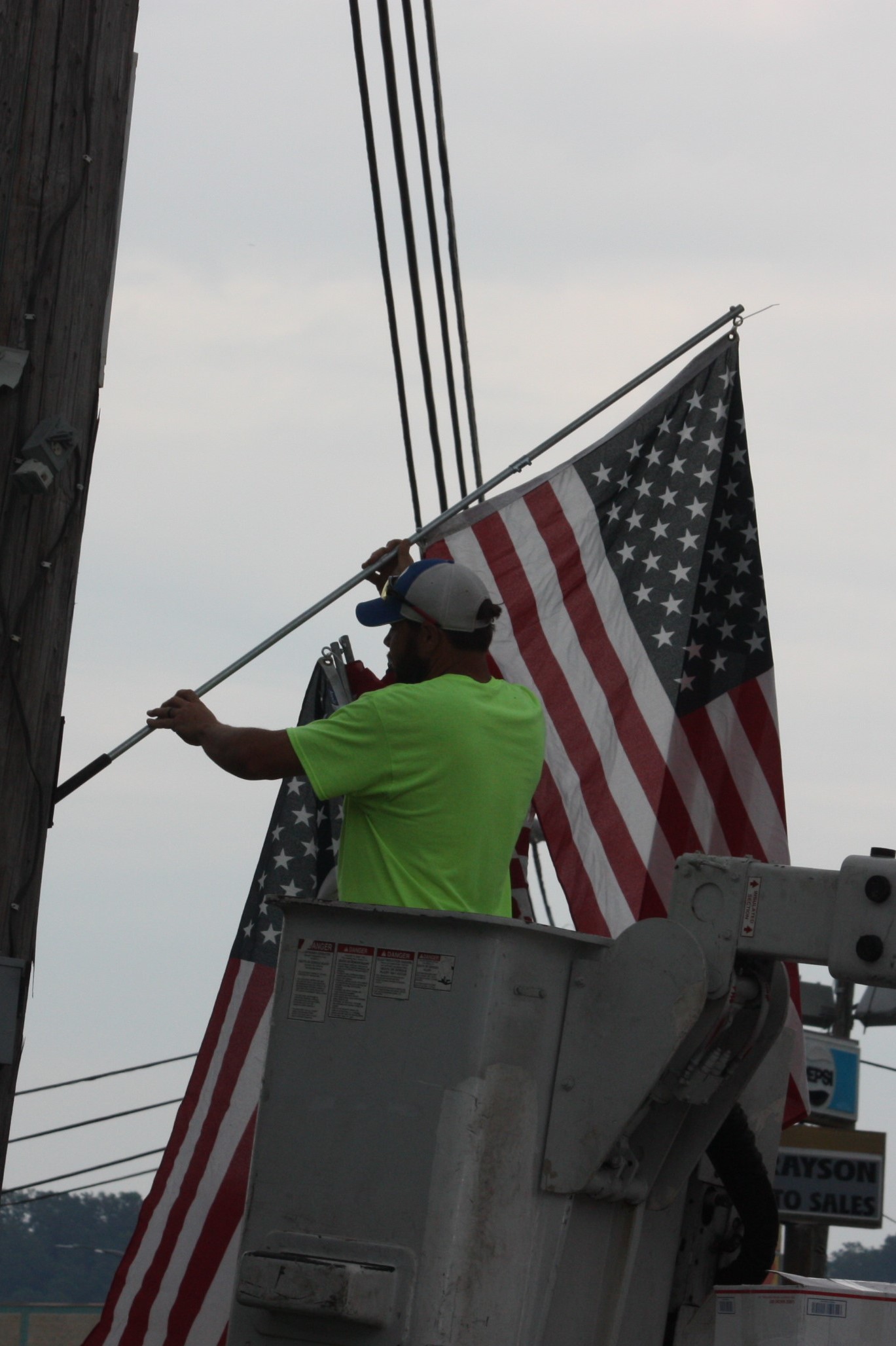 Grayson city council discussed possible rezoning, the annexation of land into the city, and other issues related to growth of the city and its business during their last regular meeting.

Council opened the meeting with discussion of a possible variance for Primary Plus healthcare. Tracey McGuire, CMO for the healthcare provider, told the council she was, “excited to be able to provide healthcare to Carter County.” But, she said, the business would like a variance for their sign. They can place the sign in their parking lot, but McGuire said they had concerns that it could block visibility in the parking lot, as well as taking up valuable parking space. Because of this McGuire was asking council, and the planning board, to consider granting them a variance to place their sign on city property, between the curb and lot.

Councilmember Troy Combs asked code enforcement officer Duane Suttles if the city had ever had an incident like this before, to set a precedent that council could consult, but Suttles answered, “no.” The city has never encountered such an issue before. Council accepted proposed designs from McGuire, showing different possible sign placement options for the business along Interstate Drive, but took no action. They did tell McGuire they would take her requests under consideration. Council also entered into the first reading of an ordinance related to the consent annexation of the Member’s Choice Credit Union property. That property, also on Interstate Drive, would be taken into the city with the agreement (consent) of the landowner.

In other action, council moved to approve the first reading of an amendment to their nuisance ordinance, changing language to reflect the role of the Code Enforcement Officer adopting duties formerly carried out by a City Building Inspector. The ordinance has also been amended to replace city council with a hearing board in making any decisions related to violation of the ordinance, which defines clutter, storage, and upkeep of property, among other issues.

Council also took action to begin amending their hazardous materials ordinance, updating the reimbursement to reflect changes in costs for the city. Costs for the use of emergency vehicles, for instance, are raised from $30 per hour to $100 per hour, on-scene emergency management personnel costs from $90 an hour to $125 with an additional $75 per hour for HAZMAT personnel, increasing cost for use of mass decontamination systems from $3,000 per use to $6,000 per use, and increasing costs for use of the specialized response trailer from $2,000 to $3,000 for the first eight hours, and from $200 per hour to $300 per hour for every hour after the initial eight hours. Similar costs adjustments were applied to the use of fire, emergency medical, and police resources for hazardous material incidents. Council held a first reading on that amendment as well.

Council also discussed reimbursement of storm costs from FEMA and the Kentucky Emergency Management Agency. Council moved to approve the mayor to act as an agent for the city in applications for those reimbursements.

Rezoning was on the agenda too, with council considering recommendations to rezone a stretch of US 60 “from Stinson to city limits” from residential to mixed commercial. There are currently only two homes along the proposed stretch.

The proposed rezoning of a trailer park property inside city limits from R3 residential to commercial was also discussed. While council took no action on the proposal, they heard from Suttles on requests from the property owner to replace the trailer court with other residential properties, but to place those housing units in a commercial rather than residential zone.

Council also discussed a variance on the shipping container ban that would allow a business along Route 7 – which modifies the containers for commercial use – to use a shipping container as a display model, and accepted department reports from the street department, emergency management, code enforcement, police, fire, and alcoholic beverage control.

The street department raised the issue of possible tuition reimbursement for employees, if that education allows them to advance in their career path with the city. Grayson Mayor George Steele said council would discuss the suggestion further and place the item on a future agenda.

“It’s always nice to have employees that want to further their education,” Steele said, and to use that education to improve the city.