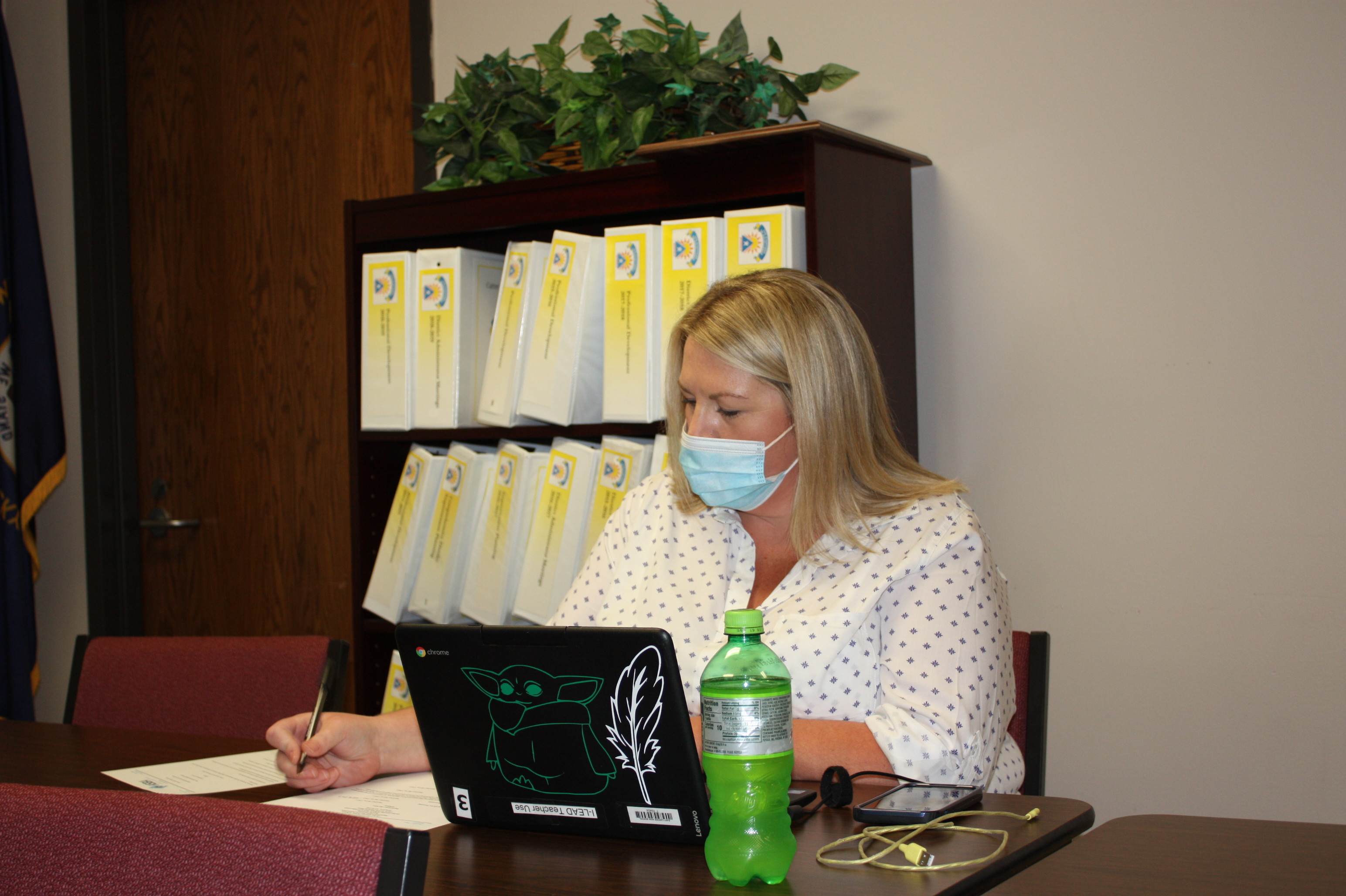 Middle school athletics and high school wrestling coaches are among those who will be impacted by a motion from the Carter County Board of Education on Monday evening to approve additional athletic coaching stipends. The motion came after director of personnel for the district, Ryan Tomolonis, told the board he had looked into the coaching stipends offered by other surrounding districts and found that the amount offered by Carter County for most positions compares favorably.

What Tomolonis did find, however, was that a number of sports – mostly at the middle school level – were not being compensated in a manner consistent with other districts.

The board moved unanimously to approve the action.

This move came after Cory Jones addressed the board asking for assistance for paid coaching positions for wrestling at East and West Carter high schools. West Carter currently has a wrestling program, with volunteer coaches, but East Carter does not. Wrestling is a new sport in the district, Jones said, but it’s one that has garnered a lot of interest and is one of the fastest growing sports in the Kentucky High School Athletic Association. He said a number of students at East Carter are interested in the sport, but that it has been impossible to find coaches within the district. Coaches are available from outside the district, he said, but they aren’t necessarily willing to make the drive to Carter County for no compensation. He said the site based council at ECHS was ready to approve wrestling as a sport, but only if the district would fund a paid coaching position and the purchase of mats.

The board’s decision on athletic coaching stipends should open the way for the formation of an East Carter team. Once the team is established the board said they can then approve the purchase of mats and other required equipment.

In other action Mary Deharte, principal at the Carter County Career and Technical Center, came to the board to ask them to consider fully funding the building of a new CCCTC facility. Deharte explained that while they hoped to receive a grant for some of the construction costs, they were not awarded those funds. Because of that, she said, she was asking the board to fund the project at the original ask. She noted that the building, which was constructed in 1969, has four levels with no elevators or ramps, has no loading docks for material and insufficient truck access, and that it has no covered storage, meaning lumber and metal used in the carpentry and welding programs are stored exposed to the elements.

Veronica Flannery also spoke in favor of funding renovations at the CCCTC. Flannery, a teacher at the school, noted the district currently has a waiting list for welding, and that the addition of another 10 to 20 welding booths in a new facility could allow that many more students to participate in the program each year.

Board member Kirk Wilburn, district five, assured the CCCTC staff that the issues at the building were, “still on the radar.”

The board also heard from a Mr. Sloan, who asked about funds for completing construction on a baseball field at East Carter Middle School. Sloan said the field was graded and drainage was installed, and that blocks were laid for the backstop, but no other work was complete. To be functional the field would need dugouts, lights, fencing, and grass on the field.

Finally, in public comments, Melissa Carter returned to the board to express her concerns with the district’s mandates regarding mask use in schools. Carter said she left the previous school board meeting she attended believing the district would not mandate masking. The self-identified mother and grandmother, who says she is a nurse with a background in respiratory therapy, reiterated claims that masks lead to students rebreathing toxins and increased CO2 levels. She also claimed that students were being “coerced into a medical experiment” by being required to wear masks and claimed that tests for detecting the COVID-19 virus were carcinogenic.

These claims have all been refuted by the Centers for Disease Control and the Food and Drug Administration. While some disinfectants, like ethylene dioxide, used to treat a broad array of medical equipment can be linked to some cancers, those cases are all related to direct inhalation of the gaseous substance in industrial facilities. It is not related to the use of ethylene dioxide as a medical disinfectant.

Carter was accompanied by Lana White, who identified herself as a “retired physician.” White decried the district’s mask policy, calling them “dirty,” “snotty,” and bacteria laden, among other colorful descriptors. She also compared the school board to Nazis and reiterated claims from Carter that masks mandates violated the conventions of the Nuremberg Code.

White is not from Carter County, and identified herself as President of the Boyd County Republican Women’s Club. She appears to be involved in social media groups protesting mask mandates across the region.

The district heard their concerns but did not directly reply.

The only mention of COVID from the board came from the report of interim superintendent Dr. Jake Bell. Bell noted that the district currently had 26 positive cases for COVID out of more than 4,000 students. That put the district’s infection rate at “.001percent,” he said. Bell praised school staff – particularly janitorial and support staff – for their attention to “taking care of the basics” in school sanitation.

He also noted the flexibility given to schools for NTI days with Senate Bill 1. He said districts can now move a single school to online instruction, and leave other schools to in-person instruction, if that is deemed to be in the best interest of the district. District NTI days will count the same whether they are used for a single school, or for the entire district.

In other action the board heard from instructional supervisor Erica Perkins on the districts Explicit Instruction programs to help kids catch up on instructional time lost to COVID last school year. They also approved a number of action by consent items, including memorandums of agreement with Kentucky Christian University and ACTC.

Board chair Lisa Ramey-Easterling also gave a special thanks to KDMC for their donation of two AED defibrillator devices to the district.