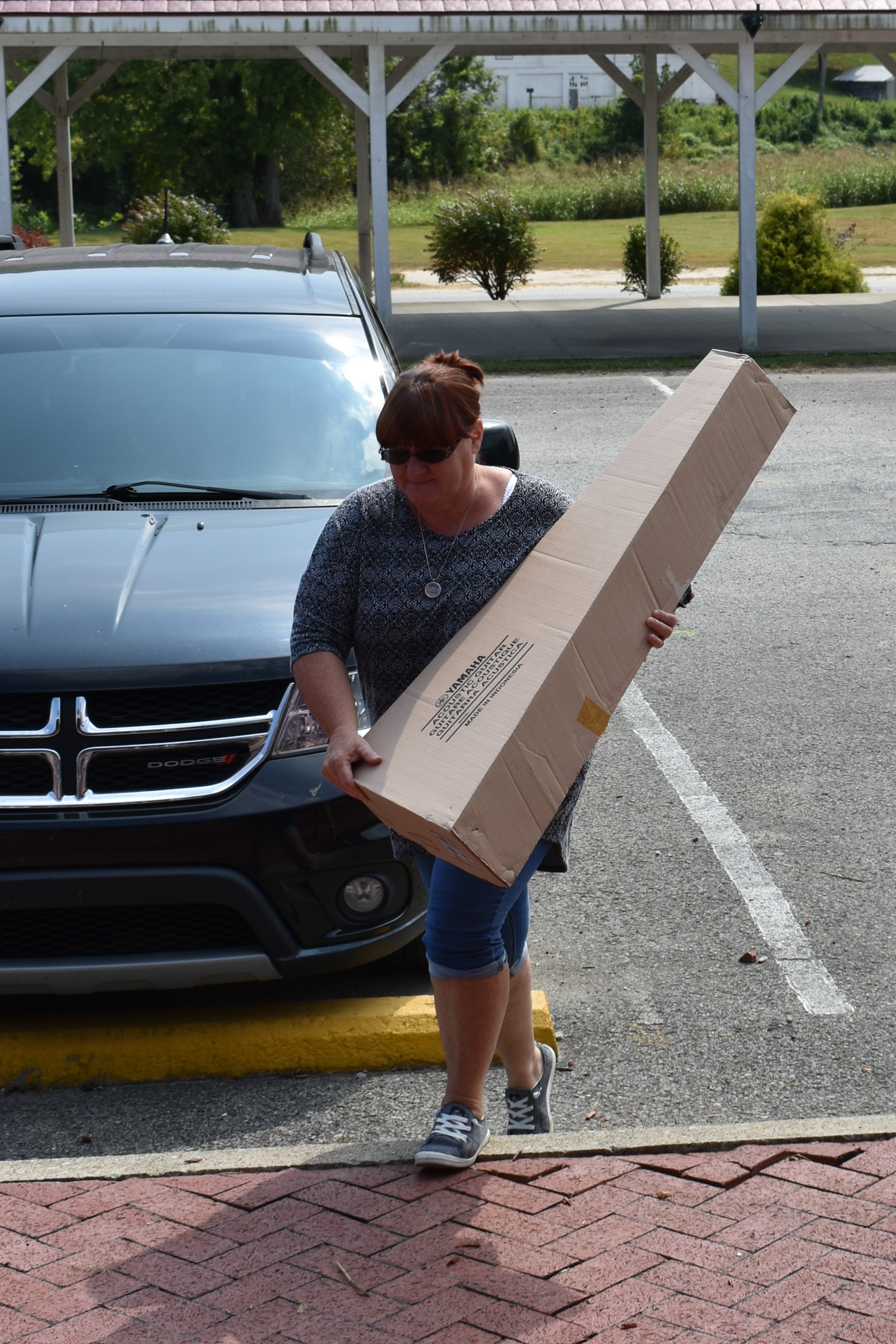 What value does a library bring to a community? And how can it contribute to the community’s growth and prosperity?

Those were a couple of the issues that Carter County Public Library director Matt Parsons discussed with the Olive Hill Chamber of Commerce during their regular September meeting last Thursday. Unlike the other businesses that make up the chamber, he explained, the library is not there to make a profit. If they bring in more money, he said, it should be reflected in more services provided to the community. Right now, finding the resources to bring all the services they would like to bring to the public is part of their challenge. Despite that, though, Parsons told the chamber he was not there to ask them to money. Rather, he was there to explain the value they add already, and what extra value they could add with better funding.

For instance, he noted, for various reasons broadband internet access is not available everywhere in the county. Even if you want to pay for it, you can’t always get it in every location. But the libraries can provide that access.

More importantly, he noted, they can help provide digital literacy in the same way libraries have provided literacy education for centuries. Parson noted he’s had one patron come in repeatedly for help with sending text messages on their smart phone. So, even with the entire world of knowledge available at his fingertips, Parsons explained, without help in learning how to access it, the patron is no better off than he was before he got his smartphone.

And though smartphones are practically everywhere now, not every family can afford to purchase cell phones for their children. Plus, there are the connectivity issues already mentioned.

Those things alone would make a library worthwhile, Parsons said, but the library also serves as so much more. It can be a place to gather for community groups, it can provide venue space for performances and events, and it can put on its own events – like reading groups for children – that can instill a love of reading and learning that can last a lifetime.

If connectivity isn’t a problem for a patron, but mobility is, the library has also received a grant from the Tri-State Foundation that allowed them to purchase some audio and video streaming equipment. They are using that equipment to livestream story time events and other library activities to the public.

Another activity they have been focused on recently, Parsons said, is resources for parents who are looking to homeschool their children. In addition to parents who homeschool for traditional reasons, he said, there has been an influx of parents who are homeschooling because of the inconsistency in the traditional school system around the pandemic. Some aren’t ready to send their children back to school in-person yet, he said. Others decided during online instruction last year that they would take over duties and keep their children at home this year. The reasons may be as varied as the families, but Parsons said the library strives to offer them all guidance and resources to meet their needs, no matter those needs or their motivations for homeschooling.

In other action, Chamber President Lisa Messer Conley announced that she will not be seeking re-election when her term as President expires at the end of this year. Conley said she would still be heavily involved in the Chamber and in supporting community events. She teased that whoever took over the role could expect her to check up on them regularly.

“The last three years as chamber president have been a rewarding experience,” Conley said. “Not only has it been the hardest job I’ve ever done, it’s also been my favorite one. I love Olive Hill and want to see it prosper, and I will continue working to do whatever I can to promote… Olive Hill.”