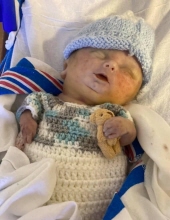 Covi Wayne Reeves was carried home by the angels, Tuesday, September 21, 2021 at University of Kentucky Medical Center in Lexington, Kentucky.

Friends may visit from 12 noon until 1 p.m at the Globe Funeral Chapel in Olive Hill, Kentucky.